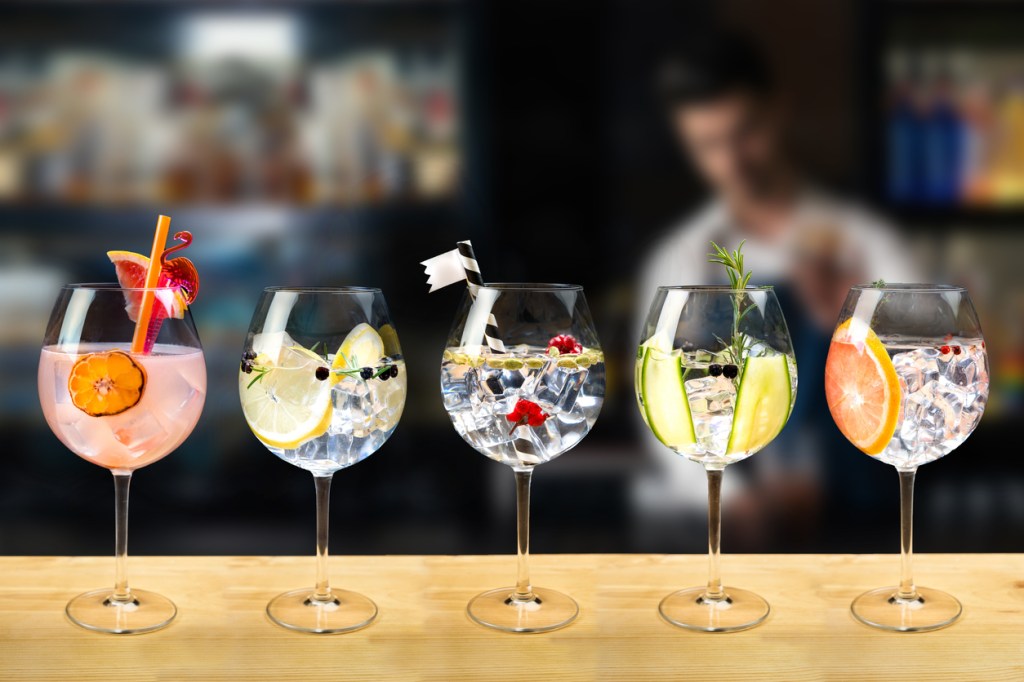 Strap in, guys, you are about to learn more about the Gin and Tonic cocktail than you could’ve ever imagined. Chef, author, TV personality, actor, and musician Alton Brown is here to drop some serious knowledge on everyone today and I’ll personally vouch that if you’re a regular drinker then you will really enjoy this video.

I slept on the Gin and Tonic for far too long. I was a big gin hater for years, for most of my life actually. It wasn’t until I forced myself to enjoy Campari (and Negronis) because my grandfather drank them and I thought I needed to as well that I cam around to appreciate gin a few years ago and since then I’ve been in love.

Now I know that some of you are readers and some of you would rather watch a video. I’ve transcribed MOST of the video below where Alton Brown explains the origins of the Gin & Tonic, why it’s the most interesting cocktail in the world, how gin came to exist, the genesis of tonic, and the event that brought them all together and gifted the world the Gin & Tonic cocktail. So feel free it hit play on the video or read below but be warned I didn’t transcribe all of the video.

For everyone looking for the vide’s transcript, here’s the portion on how gin came to exist:

The Gin & Tonic might be the most interesting cocktail in the world, but depending on who and when you ask, it might not be considered a cocktail at all but rather a medicinal elixir of staggering complexity. Consider ‘Gin’ is short of ‘Jenever’ which is Dutch for ‘Juniper’ as in the berry which is the primary botanical or plant-based flavoring that’s added to this clear grain spirit either during or sometimes after distillation.

Gin was first concocted in Leiden, Holland around 1650 by a medical professor by the name of Franciscus Sylvius (chemist, physiologist, and anatomist) who believed, as many did, that juniper could relieve a host of ills including kidney disorders, blood problems, tapeworm, typhoid, cholera, dysentery, tuberculosis, ulcers, and The Plague.

Thanks to William of Orange, the Dutchman who reigned over England with his wife and cousin who he married at the end of the 17th century, Gin became more popular in England than in Holland and several different styles emerged including London Dry, Plymouth, Old Tom, and Genever (again). London Dry delivers sharp up front Juniper and contains very little sugar which is perfect for a Gin & Tonic.

I never would have guessed that Gin came from Holland. I would’ve been certain that Gin originated in the United Kingdom or up in one of the Scandinavian countries. But we learn something new every day, don’t we? And here’s the portion about how tonic came to exist in its modern form:

Speaking of Tonic, if legend can be trusted, just as Sylvius was distilling his very first batches of Gin in Holland on the other side of the planet in Peru in the new world, Condesa de Chinchón, the wife of the viceroy of Peru was in the process of coming down with Malaria. The process is remarkably simple. A female mosquito infected with a microscopic parasite called plasmodium bites you and little nasties get into your liver and then they just wreak all kinds of havoc. Fearing that his wife would succumb, the viceroy inquired of the local “Quechua” on if there was a cure. And they turned him on to the bark of a tree that they called ‘the fever’ (Cinchona Bark) which is used as an anti-inflammatory and to treat the shakes and shivers accompanied by fevers.

Various players including the Jesuits (Catholics) caught onto the power of this bark and they called it ‘Holy Bark’. They brought it back to Europe and by the 19th Century, scientists had isolated the responsible chemical, an alkaloid compound called Quinine. Then various quinine ‘tonics’ were manufactured and it was these that allowed various European expansion into Southeast Asia and Africa. This was especially true in India where the British East India Company kept their soldiers pumped to the gills with this stuff. The problem is, being an alkaline, Quinine is unspeakably bitter. Tonic makers tried to cover this up with a lot of sugar but in a stroke of genius, a British soldier whose name is lost to history decided to cut the tonic with gin to make its effects more pleasant.

It all feels a bit lazy of me to transcribe Alton Brown’s entire video and pass this off as an article but I see it more as an homage to his work. I love this video enough to spend waaaaayyyyyyyyy too long typing it up just to share with all of you gentlemen out there.

Now go forth into the world and crush some Gin & Tonics.