Gina Carano Says She’s Not Backing Down To ‘Totalitarian Mob’,Working On New Movie Project After Getting Fired From ‘The Mandalorian’ 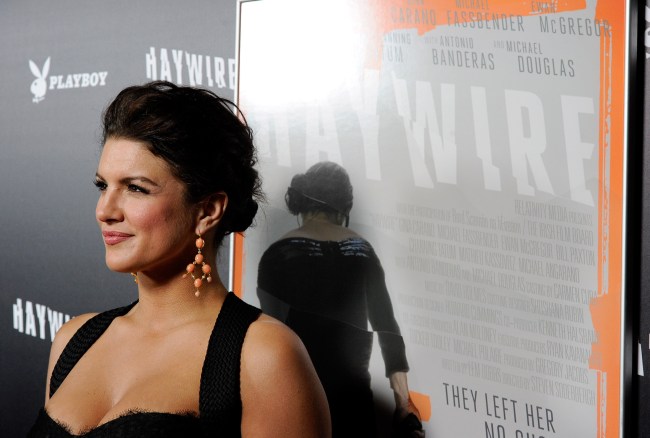 It seems like Gina Carano may land on her feet after getting fired by Lucasfilm over her social media posts.

Earlier this week, Carano was removed from Disney’s hit show “The Mandalorian” after she compared the current political climate in the United States to Nazi Germany in a Tik Tok post.

On Friday Deadline revealed that Carano had been hired to develop a new movie project with Ben Shapiro’s conservative website The Daily Wire.

Carano told us today: “The Daily Wire is helping make one of my dreams — to develop and produce my own film — come true. I cried out and my prayer was answered. I am sending out a direct message of hope to everyone living in fear of cancellation by the totalitarian mob. I have only just begun using my voice which is now freer than ever before, and I hope it inspires others to do the same. They can’t cancel us if we don’t let them.”

Apparently, Shapiro and the Daily Wire are getting into the movie business to combat “the authoritarian Hollywood left.”

Carano will develop, produce, and star in the upcoming film, which The Daily Wire says it will release exclusively to its members as the company looks to bolster its entertainment division. Details are being kept under wraps but it will be produced as part of Daily Wire’s partnership with Bone Tomahawk producer Dallas Sonnier and his Bonfire Legend banner.

“We could not be more excited to be working with Gina Carano, an incredible talent dumped by Disney and Lucasfilm for offending the authoritarian Hollywood Left. This is what Daily Wire exists to do: provide an alternative not just for consumers, but for creators who refuse to bow to the mob,” said Daily Wire co-founder Shapiro

We’re eager to bring Gina’s talent to Americans who love her, and we’re just as eager to show Hollywood that if they want to keep cancelling those who think differently, they’ll just be helping us build the Xwing to take down their Death Star,” he added

The Daily Wire released its first feature film, Run Hide Fight, back in January which was reportedly seen by 300,000 people during the site’s live stream event.