Faith In Humanity Restored: Donations Flood In For The Guy Who Was Arrested For ‘I EAT A**’ Bumper Sticker 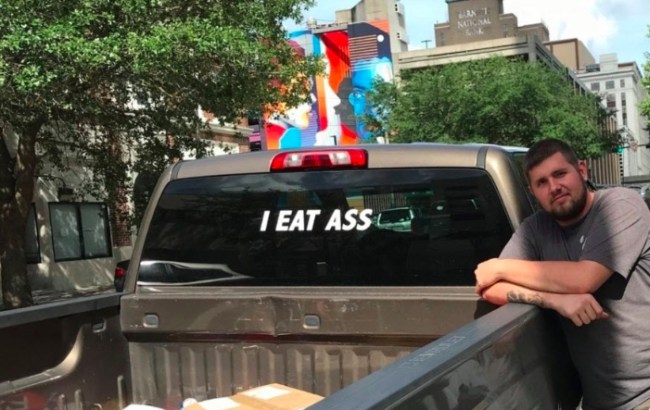 The martyr who was arrested in the Sunshine State earlier this month after a deputy noticed an “I EAT ASS” bumper sticker on the back of his brown Chevy continues the fight to for his right to tongue punch a fart box and scream about it, loud and proud.

Despite authorities dropping all charges against him, 23-year-old Dillon Shane Webb is looking to extend his 15 minutes of fame by monetizing a brand we can all get behind: salad tossing! 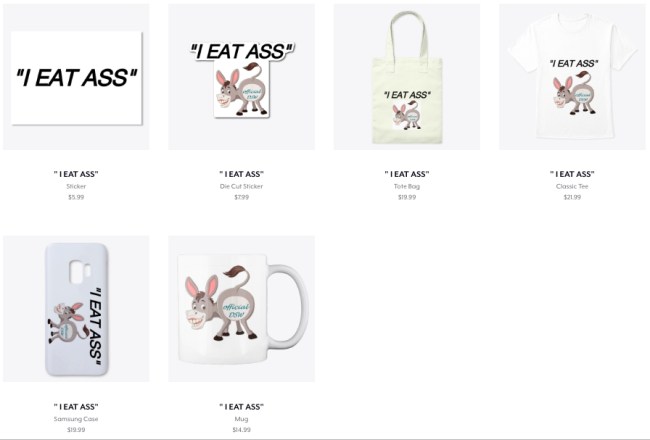 There has also been a GoFundMe account set up in an attempt to raise $15,000 for various expenses related to the arrest.

This is being set up to directly benefit Dillon Shane Webb. He is the person that was just arrested and then released for standing up for his and our 1st amendment right of freedom of speech by having a sticker on his truck that says “I EAT ASS”. It is all over the news and we would like to have this get some more traction as there to help him pay for his cost of having to pay for a 2500$ bond, over 200$ for having his truck towed, time from missed work and to pay for a lawyer to represent him against this Sheriff for standing up for his rights as well as yours.

At the time of me writing this, the GoFundMe has amassed $1,334 from 31 ass-licking donors in the short time its been live.

Here is the dash cam video of Webb getting stopped by the police.