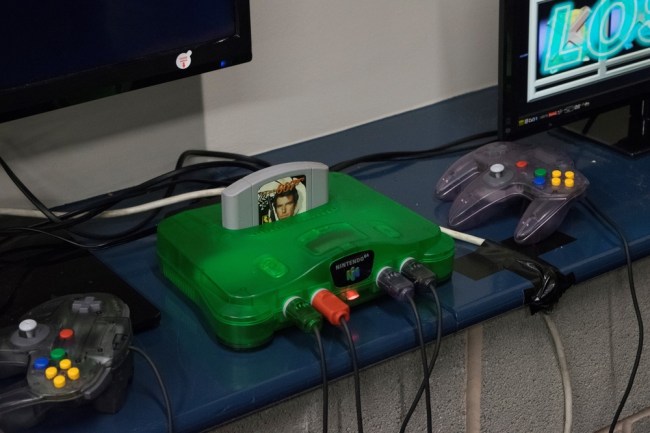 Gamer Ryan Gibbs had himself one heck of a Christmas day. He broke the speed world record for GoldenEye 007‘s ‘Runway’ level not once but TWICE. In the first run, he set the new world record with a time of 30-seconds, an improvement on his own world record of 31-seconds. Then later on Christmas Day, he managed to best his own speed record AGAIN with a time of 29-seconds.

What’s wild is that the speed record for GoldenEye 007‘s Runway level was around 40-seconds for years. According to Kotaku, it has taken 16 years for expert gamers to beat this level on the hardest setting at a time of 32 seconds (this was the record in 2016).

Here’s a clip of the blistering fast speed record for the GoldenEye 007‘s Runway level set by Ryan Gibbs:

So how’d he break that record? Kotaku explains:

GoldenEye 007 speedrunning uses the in-game timer for records. Because the community around the game formed prior to modern speedrun clocking technology, whatever shows up on the final report for a level is considered sacrosanct. As a result, the game has “Time Not Saved” glitches that can be exploited by completing a level at the exact moment objectives are met in order to skip cutscenes and thus shave precious seconds off the time recorded by the in-game clock.
Gibbs was able to exploit this in part due to a new route he discovered that’s better for consistently hitting objectives with grenades. By launching grenades high into the air with a special right-leaning trick that makes them go much farther, Gibbs is able to get the objectives to blow up right as he makes it to the level’s end. One second he’s rushing through doors; the next he’s dashing toward a plane while everything’s exploding. (via)

Speedrunning is all about those exploits. It’s not too dissimilar from bug testing. In fact, it’s about the highest-level of video game bug testing there is because speedrunning relies entirely on exploiting bugs. If like me, you’re always blown away by these speedrunning records you should click here to check out other GoldenEye 007 records on Kotaku.