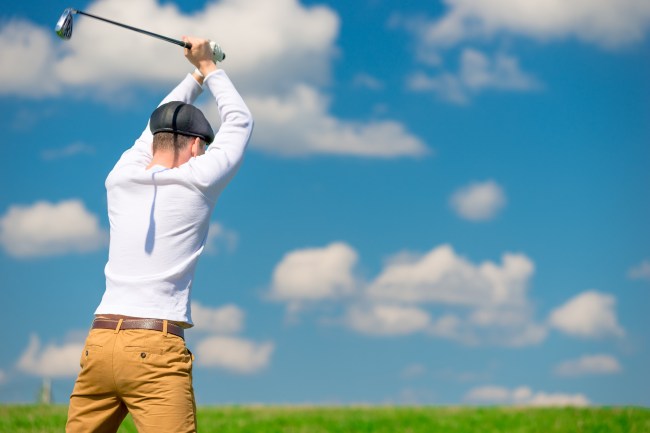 They say golf is a game of endless failure and frustration, and hell hath no fury like a golf foursome that has been hit into by an impatient golfer. Add that with 8-10 cold beers and the irritability that comes with spraying 15 balls into the woods before the bend, and you end up with a severed thumb on the fairway.

An argument between two golfers at Southers Marsh Golf Club in Plymouth, Massachusetts on Friday resulted in one man biting off another man’s finger.

According to Fox News, an unidentified 47-year-old man was arrested at the scene and charged with mayhem after firefighters arrived to find the victim had one of his thumbs bitten off to his knuckle.

“Be advised an update from the PD. Apparently there are two foursomes that got into an alteration and there’s been a finger that’s been bitten off…the victim’s laying on the main entrance road between three golf carts,” the dispatcher said, according to the WCVB.

In Massachusetts, a mayhem charge means the “malicious intent to maim or disfigure” and carries up to 20 years in prison.

Authorities claim that it is unclear whether alcohol was involved or not, but from a decade of experience on the golf course, a case of beer is as essential to a round as a putter.

I would never say that I can sympathize with a man who bit off a body part of another, but I’m more inclined to do so on the golf course. Coming from the guy whose thrown a 3-iron into a pond and kicked my buddy’s putt from going in the hole to avoid a loss, it would be hypocritical of me to say that one’s anger on the golf course is not entirely indicative of who he is outside the course. That guy was probably planning on heading to his local soup kitchen after the round, but a few bad breaks, and now he’s sitting behind bars.