Playing Golf With A Caddie Truly Is A Life Changing Experience 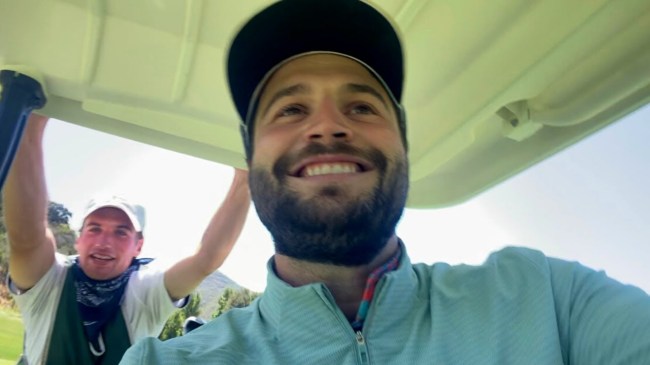 The Brilliantly Dumb Show has released Vlog No. 6 where Bobby Fairways and the boys took on Sherwood Country Club. Sherwood CC is home to some of Los Angeles’s biggest celebrities and athletes and offers one of the most pristine golf experiences in the state. It’s a course that a shitty golfer like myself has absolutely no business playing.

If you couldn’t tell that I didn’t belong on this nice of a country club by seeing my swing, you could have known I was an outsider by the way I reacted when I found out I would have a caddie. Never in my life have I come close to playing a course nice enough to have my own caddie.

My thoughts on golf with a caddie? Life-changing. One of the most fun times I have had being able to read putts and celebrate good tee shots.

The two of you are immediately in the trenches together and looking out for one another. He worried about getting me to post a low number, while I worried about buying him enough cocktails to make sure he was having a damn good time. It made me realize how important it is for the Tiger Woods and Jordan Speith’s of the world to have a caddie in their corner that they mesh well with. The only difference between their caddie-player relationships and mine is that my caddie could probably beat me by 15 strokes in a match.

It was an incredible experience that just so happened to all be caught on film, big day for the vlog. Be sure to subscribe to The Brilliantly Dumb Show on YouTube, Apple Podcasts, and Spotify.