Google Is Being Sued By The U.S. Department Of Justice For Illegal Monopoly 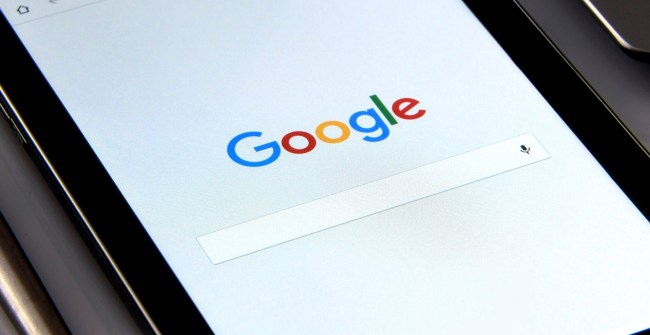 The U.S. Justice Department filed an antitrust lawsuit on Tuesday against Google for sustaining an illegal monopoly over search and search advertising, and in turn, harming customers.

The Justice Department claims in its 57-page complaint that Google has been illegally locking out its competition in internet search by obtaining several exclusive business contracts and agreements, reports the New York Times.

The lawsuit cites deals Google has with Apple, numerous mobile carriers, and other tech device companies which make Google the default choice on their products for internet search.

The lawsuit may stretch on for years and could set off a cascade of other antitrust lawsuits from state attorneys general. About four dozen states and jurisdictions have conducted parallel investigations and are expected to bring separate complaints against the company’s grip on technology for online advertising. Eleven state attorneys generals, all Republicans, signed on to support the federal lawsuit.

A victory for the government could remake one of America’s most recognizable companies and the internet economy that it has helped define since it was founded by two Stanford University graduate students in 1998. The Justice Department did not immediately put forward remedies, such as selling off parts of the company, in the lawsuit. Such actions are typically pursued in later stages of a case.

Google’s parent company Alphabet is valued at valued at $1.04 trillion and has cash reserves of $120 billion.

“Today’s lawsuit by the Department of Justice is deeply flawed,” Kent Walker, Google’s SVP of Global Affairs, said in a statement. “People use Google because they choose to, not because they’re forced to, or because they can’t find alternatives. This lawsuit would do nothing to help consumers. To the contrary, it would artificially prop up lower-quality search alternatives, raise phone prices, and make it harder for people to get the search services they want to use.”

Two weeks ago, the House Judiciary Committee released a report which stated, “A significant number of entities — spanning major public corporations, small businesses and entrepreneurs — depend on Google for traffic, and no alternate search engine serves as a substitute.”

Research firm eMarketer states Google received $34.3 billion in search revenue in the United States in 2019 and that number is expected to grow to $42.5 billion by 2022.

In its complaint, the Justice Department said that Google’s actions had hurt consumers by stifling innovation, reducing choice and diminishing the quality of search services, including consumer data privacy. It also said that advertisers that use its products “must pay a toll to Google’s search advertising and general search text advertising monopolies.”

“It’s significant in that the government believes that a highly successful tech platform has engaged in conduct that maintains its monopoly power unlawfully, and as a result injures consumers and competition,” said Bill Baer, a former chief of the Justice Department’s antitrust division.

The lawsuit, however, will take years to be settled or adjudicated and will more than likely still be in the courts well after whoever is elected the next President of the United States. A similar suit against Microsoft was filed in 1998 and wasn’t fully settled until 2002.