What Will Happen To The Wu-Tang Clan Album The Government Seized From Martin Shkreli? 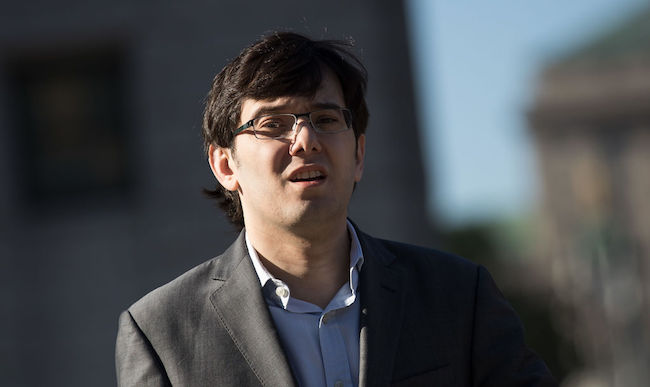 It’s been a few years since Martin Shkreli briefly earned the title of the Most Hated Man in America thanks to his shady business practices, unparalleled hubris, and uncomparably punchable face, and it appears that his saga is finally coming to a close. The Scam Artist Formerly Known As Pharma Bro has been sitting in jail since having his bail revoked thanks to an ill-advised Facebook post after he was convicted on charges of securities fraud last year, and he’s hoping a letter he wrote to the judge in which he begged for mercy will help his case when he’s finally sentenced on Friday.

Last week, the government announced they were seeking to seize Shkreli’s assets as part of the sentencing— including the (possibly fake) $2 million Wu-Tang Clan album Once Upon a Time in Shaolin that will inevitably play a central role in the movie HBO makes in five years presumably starring Brandon Wardell trying to take on a serious acting role. Shkreli allegedly sold the album on eBay last year, but it appears the purchase was never finalized, as it’s on the list of the $7.36 million in assets handed to the feds on Monday.

As a result, the United States government currently owns the only copy of Once Upon a Time in Shaolin in existence— an album that was never released to the general public aside from a few snippets that were played in the background during a few of Shkreli’s live streams on YouTube. If you’re like me, then you’re probably curious about what will happen to the album now that it’s changed owners and— more importantly— will America’s taxpayers ever get the chance to hear it?

Way back in 2015, Sarah Jeong wrote an article for Motherboard discussing what might happen in the (at the time) unlikely scenario the US ever found itself in possession of the world’s most valuable Wu-Tang Clan album. The first few hypotheticals relied on the albums being used as evidence in court, but she also addressed the potential consequences of what could transpire in the results of the ruling on Monday.

It appears the album is likely to be auctioned off via the GSA website under civil forfeiture laws, meaning anyone will have a chance to place a bid. In an ideal world, a generous benefactor could purchase the album with the intent of releasing it to the general public— which Shrkeli could have done at any time based on the contract he signed when he purchased it originally. However, Jeong notes that the new buyer may not have the same rights that Shkreli did, which means the Clan could theoretically sue them for uploading the album online.

We’ll be keeping a special eye on the auction site as the saga continues.