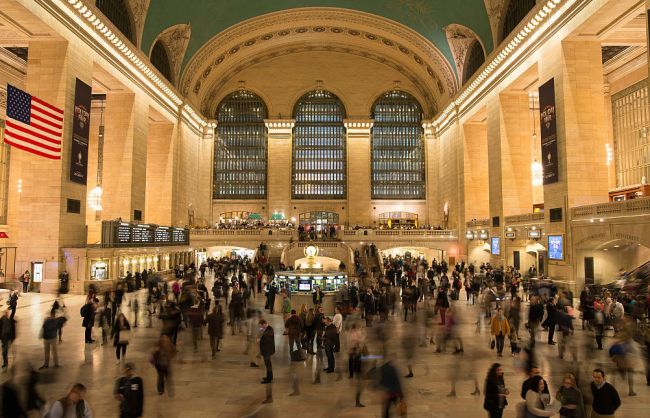 Of all the bits of wisdom my dad instilled in me growing up, nothing stuck with me more than one of his favorite mantras: If you’re not early, you’re late. Over the years, it’s resulted in me wandering aimlessly to kill time before meetings and job interviews I showed up to 30 minutes earlier than I really had to in an addition to budgeting way too much time whenever I have to head to an airport or train station thanks to my crippling fear of missing my departure.

Over the time I’ve spent living in New York City, I’ve taken plenty of trips out of Grand Central (which, as Inside Man once taught me, is officially considered a “terminal” as opposed to the “station” it’s frequently referred to as). I usually spend the waiting period prior to my track being announced by posting up and downing one of the three overpriced, paper bag-covered tallboys I purchase before every ride, but when I’m feeling particularly fancy, I’ll make a visit to The Campbell Apartment, a fairly swanky cocktail bar that’s not exactly a hidden secret but is still tucked away enough to avoid having to deal with the hordes of commuters you typically have to weave your way through in the main concourse.

However, according to The New York Post, there’s an even more exclusive watering hole that was recently discovered tucked away in a locksmith’s shop below one of the tracks; a room a Metro-North official referred to as a “man cave” complete with a futon, microwave, television, and a fridge stocked with beer that some MTA employees apparently used to frequently “hang out and get drunk and party.”

The three workers accused of setting it up—one of who was presumably responsible for the wounded soldier that came in the form of that open can of Lagunitas—denied having any involvement but ultimately had their spot blown up by making the fatal error using one of their phones as a mobile hotspot to take advantage of a streaming device, putting their name on a pull-up bar, and failing to consider the area would be dusted for fingerprints.

The trio is currently suspended without pay as the investigation continues to unfold, and it’s a damn shame their professions don’t allow them to work from home, as they’re certainly not the only people getting drunk on the job in 2020.