Mysterious New Device Called ‘GrayKey’ Supposedly Can Unlock Any iPhone, And Police Are Buying It 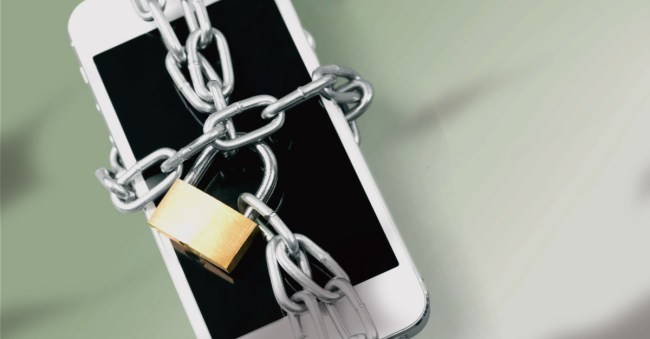 A new device called GrayKey, created by a company named Grayshift, co-founded by a former Apple engineer, promises to unlock any iPhone within hours. And law enforcement entities are already buying it.

In the wake of the FBI lawsuit against Apple over refusing to unlock an iPhone owned by one of the suspects in the 2016 San Bernardino mass shooting, Grayshift claims to be one of the few companies in the world that can unlock any iPhone including the new iPhone X.

Forbes reports that Grayshift appears to be run by long-time U.S. intelligence agency contractors and an ex-Apple security engineer, though they have been unable to verify the company’s claims.

In recent weeks, its marketing materials have been disseminated around private online police and forensics groups, offering a $15,000 iPhone unlock tool named GrayKey, which permits 300 uses. That’s for the online mode that requires constant connectivity at the customer end, whilst an offline version costs $30,000. The latter comes with unlimited uses.

Another ad showed Grayshift claiming to be able to unlock iPhones running iOS 10 and 11, with iOS 9 support coming soon. It also claims to work on the latest Apple hardware, up to the iPhone 8 and X models released just last year. In a post from one private Google group, handed to Forbes by a source who asked to remain anonymous, the writer indicated they’d been demoed the technology and that it had opened an iPhone X.

According to public records, Indiana State Police are among those in law enforcement that have ordered Grayshift’s $15,000 device.

Malwarebytes reports that GrayKey typically takes about two hours to download all of the data from a typical iPhone, while Grayshift states that it can take up to three days or longer for six-digit passcodes.

The company, Grayshift, is as big a mystery as the device it is selling, reports Forbes.

According to LinkedIn profiles, the company was co-founded in Atlanta, Georgia, back in September 2016 by David Miles, who previously worked at Endgame, a company that reportedly developed hacking tools for U.S. government agencies, including the NSA.

A man named Braden Thomas, who previously worked at Apple for six years as a security engineer, as well as at cybersecurity firm Optiv, is listed as a “principals” at Grayshift.

One source told Forbes Grayshift also counted amongst its ranks former staff of cybersecurity firm Optiv, where Miles worked prior to co-founding Grayshift. Two cybersecurity industry sources with knowledge of the company claimed Optiv had previously developed so-called zero-day exploits for the U.S. government, where programs hack into systems via previously-unkown software vulnerabilties for the sake of finding out information from target devices, a business practice that had been alluded to in a 2013 Rolling Stone report, back when the company was called Accuvant.

And, the sources added, Optiv had a specialty in iOS hacks. (Optiv hadn’t responded to requests for comment at the time of publication). Indeed, two former employees from Optiv are listed on LinkedIn as working at secret companies in Atlanta from September 2016, the same month Miles is listed as founding Grayshift.

Malwarebytes says that the existence of the GrayKey isn’t terribly surprising, but it does raise serious security concerns should an iPhone fall into the hands of a third party with access to a GrayKey.