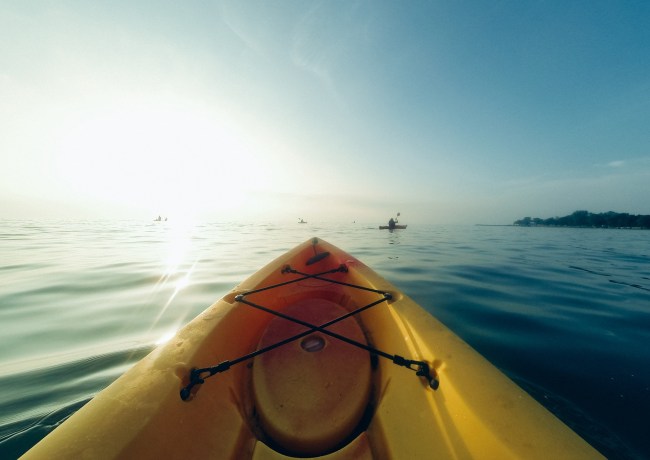 A 26-year-old California surfer lost his life over the weekend within 100-yards of the shoreline of Manresa State Beach on the northside of Monterey Bay. It is unclear which species of shark is responsible for the incident but local photographer Eric Mailander told KRON that he’d spotted ‘dozens of great white sharks‘ swimming in the area in recent days. And now we have this ominous footage below.

Let me first say that shark attacks are EXTREMELY rare. Sharks generally want absolutely nothing to do with humans. Attacks are often the result of sharks mistaking a surfer or swimmer for a seal or sea turtle. In 2019, there was a total of 41 shark attacks in the USA (64 worldwide TOTAL) with 21 of those happening in Florida. USA Today lists the odds of dying from a shark attack in the USA at ‘3,748,067 to 1’.

This fatal attack last weekend was obviously stunning, heartbreaking, and made global headlines because it is such an unexpected and rare occurrence. Then to see this footage of a kayaker being circled by a great white shark in Monterey Bay just 5 or so miles away from where the surfer’s death occurred is pretty jarring.

Local marine biologist Giancarlo Thomae filmed this drone footage on Saturday ‘as part of his studies into great white sightings in Santa Cruz’ according to SacBee. You can see the curious (and massive) great white shark spending a decent amount of time investigating the kayaker.

This reminds me of a much tamer version of this incident from 7 months ago in California where an estimated 19-foot-long Great White Shark left its teeth stuck in a kayaker’s boat while they were paddling off Catalina Island.

I have never had a run-in with sharks in a kayak myself. I’ve certainly been close to them and seen them while kayaking but I’ve heard stories from fishermen about kayak fishing at night and getting rammed by something so hard they felt like they’d gotten hit by a truck and believed it was a shark trying to stun what the shark believed to be was an easy meal only to find out it was the dense plastic of a kayak. It’s always best to practice caution and safety when paddling along because you never know what’s out there.

For more on this story, you can head on over to SacBee.com.