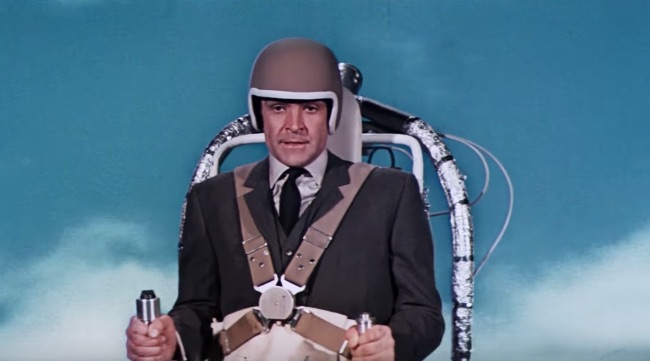 The folks at Burger Fiction compiled this video list of the greatest movie gadgets of all time.

Hoverboards, lightsabers and batarangs, this list covers just about every odd gizmo and widget from the last sixty years of cinema and also proves that most James Bond movies were beyond asinine.
People give the old Batman TV show grief for inventing an arsenal of dumb weapons for the Caped Crusader but Bond carried around briefcases of ridiculousness.

Just look at Connery’s face in the photo above. Even he knows the entire franchise is poppycock.

And here’s another gripe about Bond gadgets since I get paid by the word — the fact that every movie has to show a gadget or weapon because, duh, James is going to use it later. I’ll bet the actors wanted to wink at the camera after explaining an exploding pair of pants that would prove to be super important in the third act.

Ok, I’m done. I made enough money off this piece.