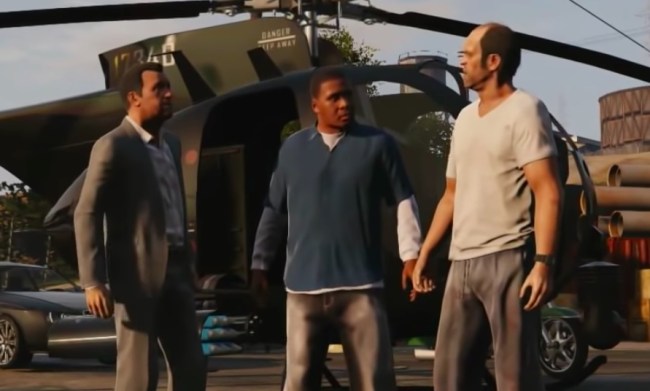 I’ve been a Grand Theft Auto fan since I was far too young to be playing Grand Theft Auto and have probably devoted weeks of my life to making my way through the game’s various iterations since roaming the streets of Vice City while decapitating as many people as possible with a samurai sword.

I’ve played through every game in the series that’s been released since then on multiple occasions, and while I don’t necessarily have a favorite, I do have a special place in my heart for GTA: San Andreas thanks in no small part to the cheat codes I used to the point of memorization to make things a little more interesting (in my opinion, the new Red Dead would have been a whole lot more enjoyable if you could make pedestrians riot).

While I moved onto other timesinks a while ago, the newest version of Grand Theft Auto is still going strong due to its seemingly unstoppable online component, which has generated billions of dollars in revenue for Rockstar.

However, according to Hypebeast, a man named Jhonny Perez managed to find a workaround to this problem in the form of a cheat code that allowed him to access unlimited funds and non-playable characters.

Perez would have been able to get away from it too if it weren’t for those meddling kids—and by “meddling kids” I mean “setting up a website and selling the code for up to $30 a pop” before getting his spot blown up by the game’s developer:

Jhonny Perez took down the cheat code site after Take-Two contacted him about his claim to donate his income to charities. After not providing financial records, Take-Two filed a lawsuit against Perez.

Perez sold the cheat pack for $10 to $30 USD, for which players would receive access to unlimited money and non-playable character AI cracks. Take-Two claims the cheat’s existence caused up to $500,000 USD in loss and damages.

Perez was hit with a $150,000 fine for his troubles (he’ll also have to shoulder almost $67,000 in attorney fees) and (shocker) is no longer allowed to come up with cheats for the company’s games.