Guardians Of The Galaxy Set To Star In ‘Thor: Love and Thunder’ 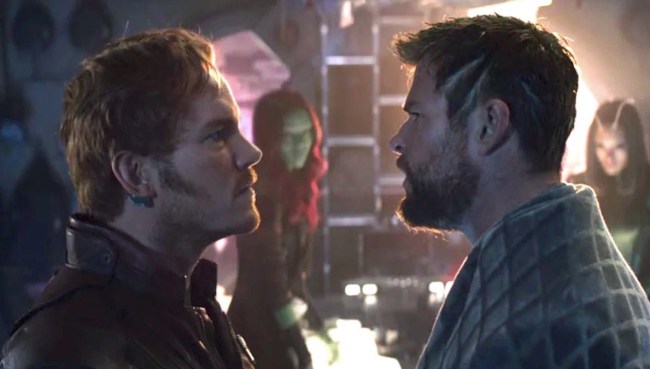 Despite once being the Marvel Cinematic Universe’s weakest franchise, the Chris Hemsworth-starring Thor franchise will be the first in the MCU to reach a fourth solo film.

Ever since deciding to lean into Hemsworth’s comedic chops and hand the keys to the franchise to Academy Award-winner Taika Waititi, the character has become one of the MCU’s brightest, as Thor: Ragnarok is not only one of the best MCU movies ever made, but the arc of Infinity War and Endgame places tons of dramatic responsibility on Hemsworth’s shoulders which he more than carries.

So, now that Thor is a bonafide MCU star, it’s only logical that he’ll become the first MCU character to get a fourth solo film. And according to recent reports, that “solo” film will actually be more of a team-up flick, as Vin Diesel — who voices Groot in the MCU — says that he and the rest of the Guardians of the Galaxy will be starring in Thor: Love and Thunder.

“I am waiting and excited for my friend James Gunn to knock this next one out of the park,” Diesel said during an interview in promotion of his upcoming Bloodshot movie. “He took The Suicide Squad so he’s about to embark on it. Thor will also, the director talked to me about Thor will incorporate some of the Guardians of the Galaxy.” As Diesel himself points out, this is the first time such news has been confirmed. “That’ll be very interesting, nobody knows, maybe I shouldn’t have said anything.” [via ComicBook]

The inclusion of the Guardians in Thor 4 is an obvious one considering the events of Avengers: Endgame, which saw Thor leave his post as King of Asgaard and join the Guardians on the Milano (their ship).

Thor: Love and Thunder is set to hit theaters in the United States on November 5, 2021.