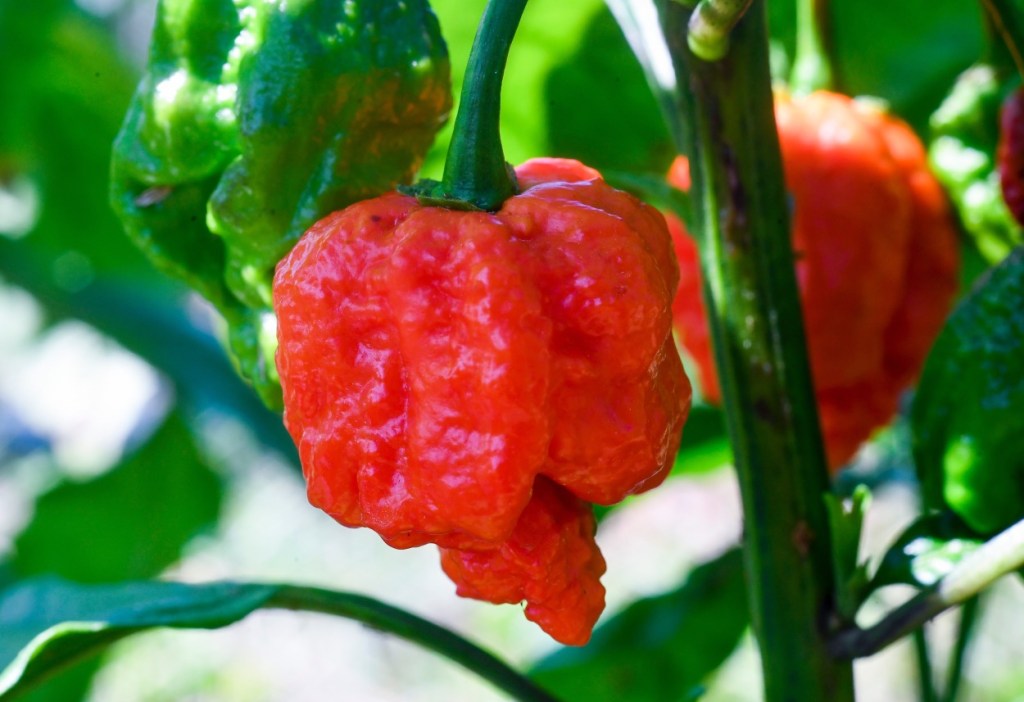 Gregory Foster of the USA is officially in the Guinness World Records book after they certified his brutal competitive eating world record. The feat was accomplished back in December but there’s typically a delay between record-setting attempts and certification.

I specified *USA* up there because the previous Guinness World Record holder for the fastest time to eat three Carolina Reaper peppers was held by a man named Mike Jack of Canada. He took down three peppers in 9.72 seconds a while back.

By far the most insane detail of Gregory Foster’s new world record for eating 3 Carolina Reaper peppers faster than anyone in history is that he actually ate SIX. According to GWR, his first attempt was disqualified because there was still ‘pepper matter’ in his mouth after chewing and swallowing all three.

He wasted no time before his second attempt but Gregory told GWR he was “already feeling the effects of the first round of peppers consumed” when he started eating peppers 4, 5, and 6. Here’s a video of the attempt from back in December that was filmed in San Diego, and some more on just how hot Carolina Reaper peppers are down below.

I’m sure if you clicked this article you’ve at least heard of Carolina Reaper peppers before. There’s a decent chance you’ve even one or attempted the ‘one chip challenge’ before as well. But it really is worth taking a look at just how hot these peppers are.

How These Peppers Compare To Others

The Carolina Reaper pepper was created by Ed Currie who is an ‘American pepper breeder’, a title I’m not sure I’ve ever seen used for anyone but him. It measures 1,641,183 SHUs on the Scoville Scale and was a hybrid of Ghost Peppers and Habanero Peppers.

In 2017, the Carolina Reaper was certified by Guinness World Records as the hottest pepper on the planet and overtook the Scorpion pepper from Trinidad. What’s wild is the Carolina Reapers have *AN AVERAGE* of 1,641,183 Scoville Heat Units, the units used to measure spiciness of peppers, but some measure 2.4 million SHUs.

And the creator, Ed Currie, apparently claims to have bred a pepper that’s even stronger at 3.18 million Scoville Heat Units.