If You’ve Ever Wondered What Nearly 200,000 Bras Linked Together Looks Like, Today’s Your Lucky Day 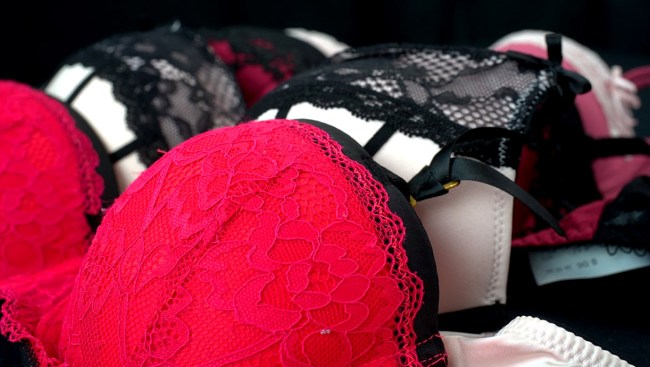 Also, if you have NEVER wondered what nearly 200,000 bras linked together looks like (more likely), today is still your lucky day, because that is a thing that is happening right now and you can witness it.

Now, if you’re anything like me, you are asking yourself why would anyone even think of linking 200,000 bras together, let alone take the time, effort and money to actually do it?

Amazingly, just like pretty much every other cockamamie idea in this world, linking bras together in an attempt to break a Guinness world record is apparently a thing.

This year’s attempt at a new Guinness World Record for the world’s longest bra chain is being conducted in Woonsocket, Rhode Island by Jennifer Jolicoeur, founder of Athena’s Home Novelties, who has been collecting more than 200,000 bras since 2009, just for this purpose.

Jolicoeur has been raising money for breast cancer research since one of her sales representatives at Athena’s was diagnosed with breast cancer over a decade ago. Athena’s Cup – the bra chain competition – is her unique “romance products'” company’s latest effort to heighten awareness about breast cancer and raise money for research.

While that is very cool, and definitely for a tremendous cause, if I am being honest, this is the bra-related Guinness World Record I am more interested in seeing.

(Yes, I did find that while looking for bra-chain world record videos. What a life I lead. Also, f**k cancer.)