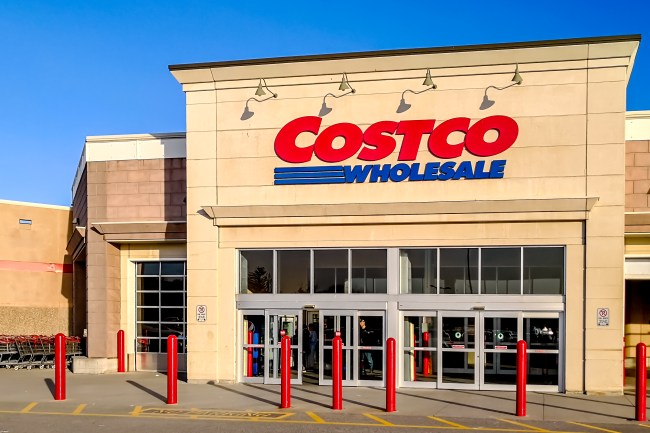 A man walked into Costco for the free samples, and left with a ring that cost the equivalent of a four bedroom home in Baltimore County.

During a recent conference call, Costco Chief Financial Officer Richard Galanti revealed that the company got a big boost in sales thanks to a “significant diamond ring purchase, in the $400,000 range.”

A ring of this price is roughly 66 times what the average dude spends on an engagement ring ($6,324). For additional perspective, you can purchase 280,000 hot dog and 20 ounce fountain soda combos for this price at Costco, or 42,000 Costco pizza pies.

Not to be a dick, but this looks like something I could swipe at a kiosk outside the food court in a mall for $80.

[Related: Jeweler Posts Photo Of Two Engagement Rings To Show How Hard It Is To Spot A Fake And I’m Officially A Cubic Zirconia Guy]

Igal Dahan, a jeweler who has made jewelry for Kim Kardashian and Elton John, told MarketWatch that the man actually got a bargain for the 10.03 carat ring.

“The price point makes sense, it’s a good price point. You will pay at least 30% more at a luxury jeweler,” he said, factoring in the cost of advertising, marketing and retail expenses that other jewelry stores tack on.

A 10-carat diamond in the same style would reportedly cost over $1 million at a place like Tiffany’s.

We’re just two years removed from Costco having to cough up more than $19 million in the trademark infringement lawsuit for selling rings marketed with Tiffany’s name even though they were not made by Tiffany’s.