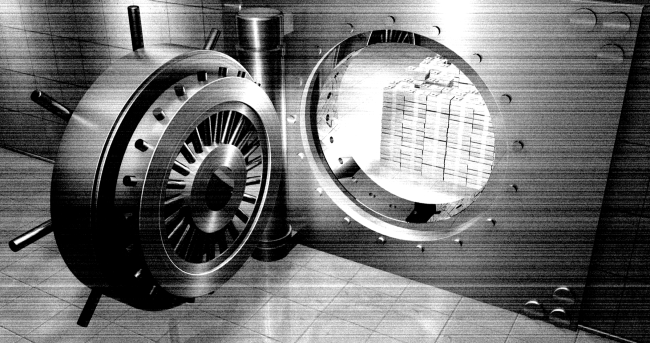 Cain Vincent Dyer somehow managed to evade authorities despite robbing over 100 banks across California over a three year period.

Between 1999 and 2001, Dyer became an expert in the art of robbing banks. He knew which banks were ripe for the picking, which banks had the easiest escape routes, and what type of weather was best to commit a bank robbery.

He knew how to talk to the bank employee without drawing suspicion, how to check for hidden dye packs, where to hide the money, and what to do if the police sped past him on their way to the bank.

And Dyer recently explained it all, including how he got started robbing banks and how he stopped, in a video for Insider.

The first thing he says he would do when robbing a bank is go straight to the merchant teller because they would more than likely have the most amount of currency.

Unlike in the movies, instead of telling the bank employee to put their hands up, he would tell them, “Put your head down, keep looking forward.” This would lower the chances of others figuring out what was happening.

If the situation looked right, he would then have the merchant teller and the bank manager, no one else, walk him into the bank’s vault.

In preparation for a bank robbery, Dyer says he would look for a bank that was relatively close to multiple interstates and had multiple entrances and exits.

Dyer would also case the banks to get an idea of the flow and which employees looked like they were in charge.

He would put Krazy Glue on his fingertips and palms, dress to fit in with the crowd, wear a pair of glasses, and always had on a baseball cap.

Sometimes he would make a fake beard out of mascara that he could wipe off after leaving the bank as made his getaway.

Rainy days were good in that he could layer up, but there are more people out on sunny days, which made it easier to blend in with the crowd.

In certain cities, you had to account for different times that I would be going into a bank and not getting stuck in a rush-hour traffic. Though there were banks that I absolutely would do it at rush hour, just because it would take longer for law enforcement to get to me if there was a lot of traffic out.

So, we’ve seen in movies that cops have this response time of about three to five minutes. And that’s pretty accurate. That is not just Hollywood.

So I would park across the street or in some direction where I wasn’t alone, standing out by myself, my car wasn’t the only one. And I always used a car that would fit in.

Something that was really typical, that you would just see a lot of. What I would always try and do is make sure that wherever I was parked, that it would not be in view of anyone that would be standing in a bank or immediately outside of a bank.

If he happened to drive past a police car on its way to the bank he did what everyone does: look at them.

“Listen, when a bunch of cops roll past you, or even firetrucks, what do we all do? We all look. So the one guy they’re looking for is the guy who won’t look at them,” he says with a laugh.

“As they’re driving to it, they’re looking to see if anybody’s trying to ignore them, typically.”

Dyer says at one point during his crime spree he had “millions of dollars” hidden underneath the floor at one hideout. He also kept some of the money… in a bank vault inside a safety deposit box.

He got into robbing banks because one of his siblings had gotten involved with a criminal organization and owed them a ton of money.

Had he not robbed a bank and paid off the debt, he says his relative would have been killed.

Eventually, he robbed so many banks he had a nickname: the Kangaroo Bandit for the backpacks he wore on his chest.

Finally, after growing a conscience, he decided to turn himself in to the FBI.

He ended up serving nine years in prison after pleading guilty to six robberies and now works as a life coach for newly released prisoners.

Listen to his entire fascinating story below.