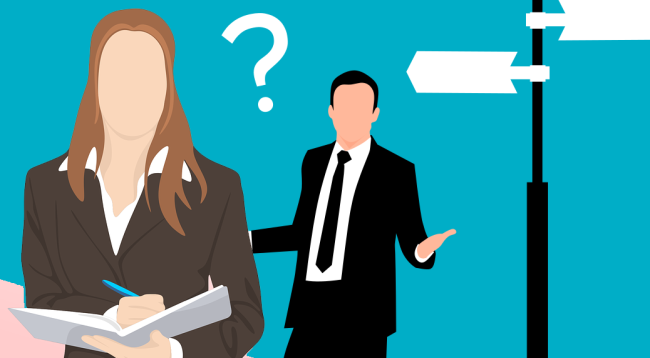 Dating, am I right? It’s a jungle out there for a single fella. It’s bad enough trying to do your best when you are out on a date with someone new, but at least we don’t have to compete with 16 other dudes like we’re on some reality TV show like this guy on TikTok, @peakay81, had to do.

The story goes that this guy was going out on a date with a women he met on Hinge. Except when he showed up for their night out so did four other guys.

“As you guys know I’m pretty bad at dating, but I actually decided to go on a date for the first time in like a year and this is what happened. This is not a joke by the way,” he says.

As he goes around and films all the dudes that had been invited on this “date” the woman in question informs him and all the other guys, “I invited everyone that I matched with on Hinge, so here you all are. I hope you get along.”

Thought I would re-upload this. This actually happened 🙈🙈🙈 ##Dating ##Relationships ##Jokes 

Opinions on this woman’s plan ranged from arrogant, disrespectful, and insensitive to sweet, authentic, and funny.

In a followup TikTok video, our man shares how this “date” came about with her originally matching with him, then telling him, whoops, I didn’t mean to do that. Yet later messaging him and showing him a group chat she was in that was discussing his message to her.

His next video explains how the people in the group chat that she shared put him down and said he wasn’t funny. Mind you, this is after she has already rejected him after sending him the a positive response in the beginning.

So, naturally, after that he deletes her on Hinge and Whatsapp, thinking yet again, he’s done with her.

Then, about two weeks later she messages him on Whatsapp asking him to go get drinks with her. What?

In his next video he knows something is amiss because as he put it, “It’s not too often that a really cute girl out of the blue will message you and say let’s go have a drink.”

At this point in the story, the truth is revealed as the first guy there tells him that he is “date number two.”

Then two more guys show up and are like “What the f—?”

And “guys just keep on coming,” he says. “Over and over and over… I felt bad for the guys who came later” because at least he got a little bit of interaction with her.

The next part of the story is what he calls “the juiciest.”

“I don’t really want to tell it, but here goes,” he says. “So why the f— am I still on this date? There are like 10 other guys there. I even texted one of my friends and got him to come along because I’m like this is f***ing hilarious, but I was actually getting along with her quite well.”

Dude then admits that he thought he “still had a good shot” with her.

The one guy he singled out as having no chance with her ended up kissing her. So then he kissed her.

Finally, he answers the question everyone wants to know. Will he go on another date with her?

“No,” he says. “If I have any self-respect whatsoever I would have left at that first moment that I knew that this was basically some f***ed up dating situation. But being locked up for a year I kind of embraced the whole situation.