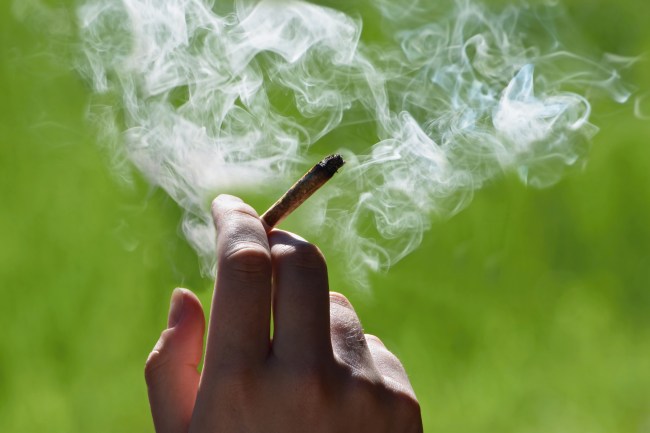 The federal legalization of marijuana is one of the political issues that tens of millions of Americans are most passionate about as we head into the next election cycle. It’s not about getting high. It’s about ending the prohibition on a substance that can help people break opioid addiction, treat pain, Crohn’s Disease, Cancer, and legalization would keep millions of Americans out of prisons.

If you couldn’t already tell, I’m extremely pro-legalization. I honestly could not tell you the last time I smoked (or ate) weed it’s been so long. It’s not about that.

My stance on ending cannabis prohibition is about legalizing something where the literally countless benefits (health, economic, social) outweigh any arguments against legalization. But I’m also only willing to act with my vote. I’m not going to ever get arrested to make a point. One man in Wilson County, Tennessee feels differently and just got arrested on his second weed charge after lighting up in court.

A man was arrested for smoking marijuana while in court for a marijuana charge.

Before being led out, he turned to the gallery and declared, "The people deserve better!"https://t.co/baSal8Z04r pic.twitter.com/cKsk61nZUC

CNN has the story thanks to a Wilson County Sheriffs Department Lieutenant who was in the courtroom and witness everything that went down in a hurry:

Spencer Boston had a message. And nothing was going to stop him from delivering it — not even jail time.
Boston, 20, was in court Monday in Wilson County, Tennessee, facing a simple marijuana possession charge, according to Wilson County Sheriff’s Department Lt. Scott Moore. But as he stood to face Judge Haywood Barry, he began expressing his views on why weed should be legalized.

And to amplify his point, he reached into his jacket and slipped out a single marijuana cigarette. He then pulled out a box of matches and, you guessed it, lit it up.
Boston got in several quick inhales before security personnel realized what was happening. They detained Boston and escorted him out of the courtroom, Moore said.

Boston wasn’t done, though. Before being led out, he turned to the gallery and declared, “The people deserve better!”
The courtroom burst out laughing, Moore told CNN. (via)

This man lit a marijuana cigarette in front of a judge during his court appearance for a simple marijuana possession charge https://t.co/eFBCIYCR29

Tennessee is so ass-backward that CBD oil is considered ‘medical cannabis’ there. Nashville and Memphis tried to go around the state’s outdated laws and decriminalize cannabis in small amounts but a repeal was signed into state law later that prevented cities for making their own choices.