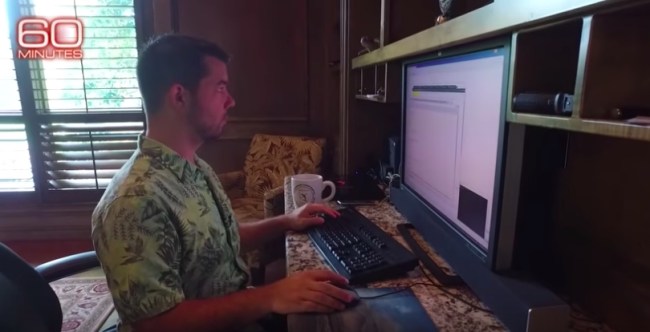 Imagine winning the Powerball and then dropping your ticket down a sidewalk sewer. Or finding a winning scratch ticket one day after it expired. Or try to put yourself in the shoes of the that Gotham mob dude in The Dark Knight when the Joker ripped his cigar out of his mouth and burned a mountain of money.

That feelings are all too familiar for Laszlo Hanyecz, or as millions of people know him, “Bitcoin pizza guy.”

Back in 2010, the computer programmer from Florida made the first documented purchase of a good with bitcoin when he bought two Papa John’s pizzas for 10,000 BTC he exchanged with an 18-year-old dude via a bitcointalk forum page. At the time of the exchange, a Bitcoin was worth less than a penny.

After the transaction was completed successfully, Hanyecz posted a thank you to Jeremy Sturdivant (aka jercos):

“I just want to report that I successfully traded 10,000 bitcoins for pizza. Thanks jercos!”

Hanyecz would go on to make several other transactions with Bitcoins, estimating that he spent 100,000 Bitcoin on a number of items, much of it on pizza.

For the first time since the exchange 10 years ago, Hanyecz would appear on camera to discuss the first documented real-world transaction involving cryptocurrency.

At the time of this interview with Anderson Cooper of 60 Minutes, one Bitcoin was worth about $8,000.

Hanyecz replies, “Well, if you look at today’s exchange rate.”

“Are there nights you wake up,” Cooper asks, “where you think, ‘I could have had $800 million… if I hadn’t bought those pizzas?'”

“I think thinking like that is… not really good for me,” Hanyecz says. [via CBS News]

In the early days of cryptocurrency, one man decided to trade his bitcoin for pizza. It was a historic event, but not such a great investment. "60 Minutes" reports, Sunday https://t.co/qS8Swvl5Go pic.twitter.com/raUBvyCD36

Check out Hanyecz’s expression after Cooper laughed in his face. 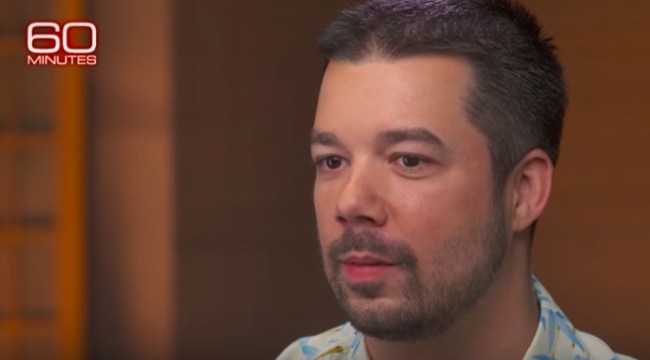 Last year, the father-of-two told the Coin Telegraph that he does not regret making the transaction. Suuuuure.

I don’t regret it. I think that it’s great that I got to be part of the early history of Bitcoin in that way, and people know about the pizza and it’s an interesting story because everybody can kind of relate to that and be [like] – “Oh my God, you spent all of that money!” I was also kind of giving people tech support on the forums and I ported Bitcoin to MacOS, and you know, some other things – fix bugs and whatnot, and I’ve always kind of just wanted people to use Bitcoin and buying the pizza was one way to do that. I didn’t think it would get as popular as it has, but it’s gotten to be a really catchy story for people.

It must be of some comfort to know that Jeremy Sturdivant turned Hanyecz’s BTC into fiat for a trip when they were worth a couple of hundred dollars.

This is why I never cut the tags off my Beanie Babies. SHOW ME THE MONEY BABY!