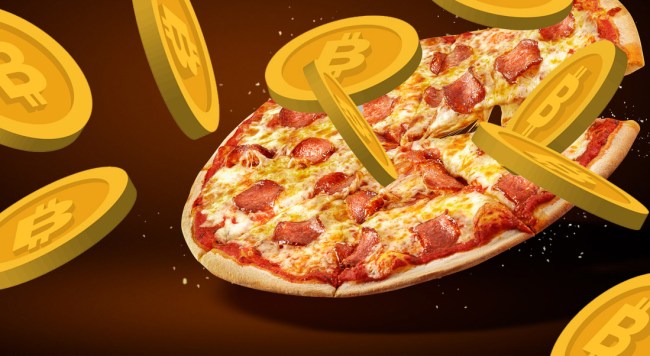 Well, just in case you haven’t, here’s how the story goes according to Quartz…

Bitcoin was less than two years old when Laszlo Hanyecz decided to spend some of the coins he had mined on some real-world goods. The coins were worth just a fraction of a cent at the time, and no merchant accepted them as a means of payment. So he posted on the main gathering place for bitcoiners at the time, the Bitcointalk forum:

“I’ll pay 10,000 bitcoins for a couple of pizzas.. like maybe 2 large ones so I have some left over for the next day. I like having left over pizza to nibble on later. You can make the pizza yourself and bring it to my house or order it for me from a delivery place, but what I’m aiming for is getting food delivered in exchange for bitcoins where I don’t have to order or prepare it myself, kind of like ordering a ‘breakfast platter’ at a hotel or something, they just bring you something to eat and you’re happy!”

Another user on the forum decided to take him up on his offer. Smart move. Because those pizzas ended up costing Hanyecz more than $4 million per slice.

What would you do if that happened to you? I know, for me, all sorts of bad thoughts would be running through my head daily.

Hanyecz, however, seems to have come to some sort of peace with his, in retrospect, massive financial blunder using bitcoins.

In fact, this past February he even bought more pizza with bitcoin. He spent $67 worth of bitcoin, or 0.00649 of a bitcoin, for two more pizzas. Again, I hope he got some free garlic sauce.