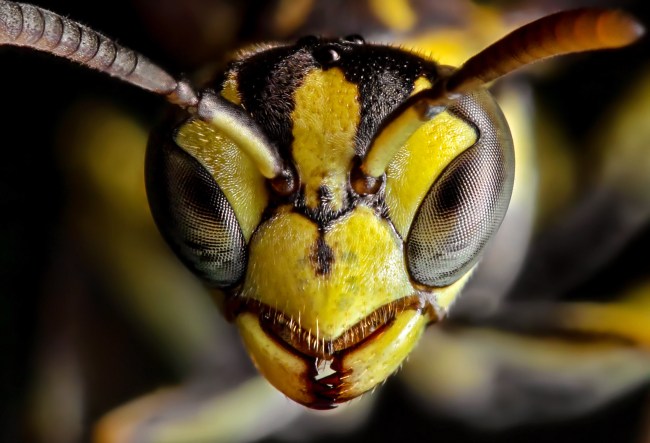 Hey guys. Hope you’re all having a pleasant day. I’m doing well, thanks, aside from the fact that I’ve been wearing the same sweatpants for six weeks and WE ARE BEING INVADED BY MURDER HORNETS.

Researchers claim that a 2-inch long insect known as the “murder hornet” has made its way from Japan to the U.S. for the first time ever, spotted in parts of Washington and up to British Columbia, Canada.

The hornet, which has large yellow-orange heads with distinguished eyes, has been known to kill up to 50 people a year in Japan, according to The New York Times, and could decimate the honeybee population with its ability to rip through a hive and kill a bee every 14 seconds.

"Murder hornets" have now entered the U.S. — and they could decimate the honeybee population https://t.co/quVzd2Mor6 pic.twitter.com/SAgvIj2Ip5

Washington beekeeper Ted McFall told The Times about driving home in November to find a pile of decapitated bee carcasses on the ground—“I couldn’t wrap my head around what could have done that,” he said.

If you’re looking for another reason to wig yourself out, check out the video below Brave Wilderness YouTuber Coyote Peterson letting a Murder Hornet sting him.

The action goes down at the 11-minute mark.

“The hours following my brutal sting, were some of the most painful I have ever faced, and my arm continued swelling to nearly double its normal size.

There’s no question about it, through my personal experience, the Japanese giant hornet ranks as a four on the insect sting pain index. And in this very moment, I consider it to be the most painful sting in the world.”

Conrad Bérubé, a beekeeper and entomologist in British Columbia supported Peterson’s claim. He told The New York Times that the day after he got stung, he legs ached like he had the flu, and the sting was the most painful sting he’s ever experienced.

Their searing jabs feel “like having red-hot thumbtacks … driven into [one’s] flesh.”

Now excuse me while I lock my door and close my windows to never emerge again.