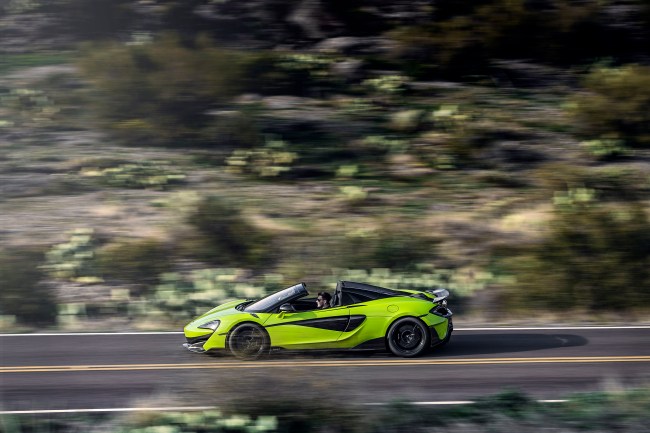 The 2019 McLaren 600LT Spider hit roads worldwide back in April with a starting price of $256K plus an additional ~$2,500 delivery fee which I’m sure is more or less expensive depending on where you are in the world. Not cheap at all.

It’s one of the fastest cars ever made and if you were ever fortunate enough to be able to 1) afford one of these cars and 2) actually be able to get on the list to purchase one from McLaren then chances are you’d open up the engine THE SECOND you got it off the lot. 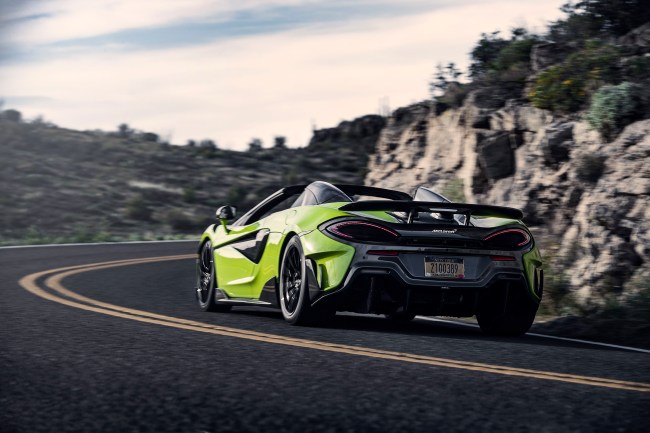 Well, that’s exactly what one Canadian man did. He purchased it, drove it off the lot, opened up the engine…and then got it impounded by the police within ten minutes of purchasing because he was driving too fast.

The British Columbia driver was clocked by police going 110mph (161 km/h) in a 55mph (90 km/h) zone and that ticket was enough for police to immediately impound his brand new 2019 McLaren 600LT Spider before he even had a chance to get it home.

The ticket wasn’t really even that expensive when you consider that he paid over a quarter of a million dollars for this car. He was only ticketed for $368, but the car was still impounded by the police for a week before release.

McLaren driver only had car for 10 minutes before ticket, impound: police: https://t.co/PFBVLiLJwn

Here’s the report from CityNews1130:

“The driver had mentioned this vehicle was new to them and they had been driving it for no more than 10 minutes prior to being stopped by police,” explains Constable Kevin Goodmurphy.

The man was pulled over about 10 p.m. on June 17th.
Goodmurphy isn’t sure what the man was thinking but adds it’s pretty straightforward — don’t speed and the police won’t take your car away. “Anytime anybody chooses to speed excessively it puts everyone at risk on the road, including the driver and everyone around them. These types of speeds are very dangerous.”

The driver was also given a speeding ticket worth $368 and if he gets caught again, the punishment will be worse. (via)

As you can imagine, people had thoughts on this guy getting his car impounded. Some people think he was a jackass for going so fast, others like myself are honest enough to admit they’d to the EXACT same thing if they had a McLaren supercar.

Too much $ & precious little common sense.

not gonna lie, if i had a mclaren…

The $368 fine obviously means nothing to a person who can drop a quarter of a million dollars on a McLaren. But the police impounding that new toy for a week the instant he got it probably drove him insane, and that might be where ‘the lesson’ was learned in this situation.

I propose that McLaren only sells their cars in the middle of absolute nowhere. With customers picking up their supercars off of abandoned roads where they can open them up on the way home without endangering the public and get that initial thrill out of the way. Or deliver them to customers at the nearest track so they can open up the engine before driving home.

Either way, the customer is going to step on the gas so they might as well make it safer for the public and less likely the driver gets his car taken away for a week.