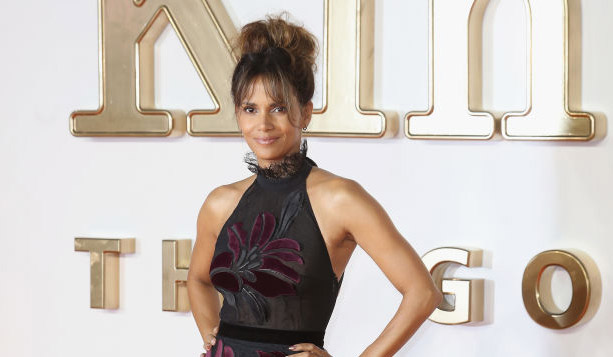 Halle Berry is going to star in John Wick: Chapter 3 and she definitely looks like she is going to be a problem. Berry joined John Wick 3 last month and she posted a photo of herself as her character Sofia from the upcoming assassin movie on Monday.

Perhaps Sofia and John Wick might be able to bond over dogs or how they love to dress in all black. Berry, who is emitting some old school Catwoman vibes in the photo, is supposedly not a villain in the movie. On May 21st, Berry officially announced that she was joining John Wick: Chapter 3 by posting a hand-written message on a piece of stationary from the assassin-friendly hotel, The Continental.

Here is the official synopsis:

“John Wick (Keanu Reeves) is on the run for two reasons… he’s being hunted for a global $14 million dollar open contract on his life, and for breaking a central rule: taking a life on Continental Hotel grounds. The victim was a member of the High Table who ordered the open contract. John should have already been executed, except the Continental’s manager, Winston, has given him a one-hour grace period before he’s “Excommunicado” – membership revoked, banned from all services and cut off from other members. John uses the service industry to stay alive as he fights and kills his way out of New York City.”

You can see the first behind-the-scenes of John Wick: Chapter 3 HERE. The action sequel is set to be released on May 17, 2019.