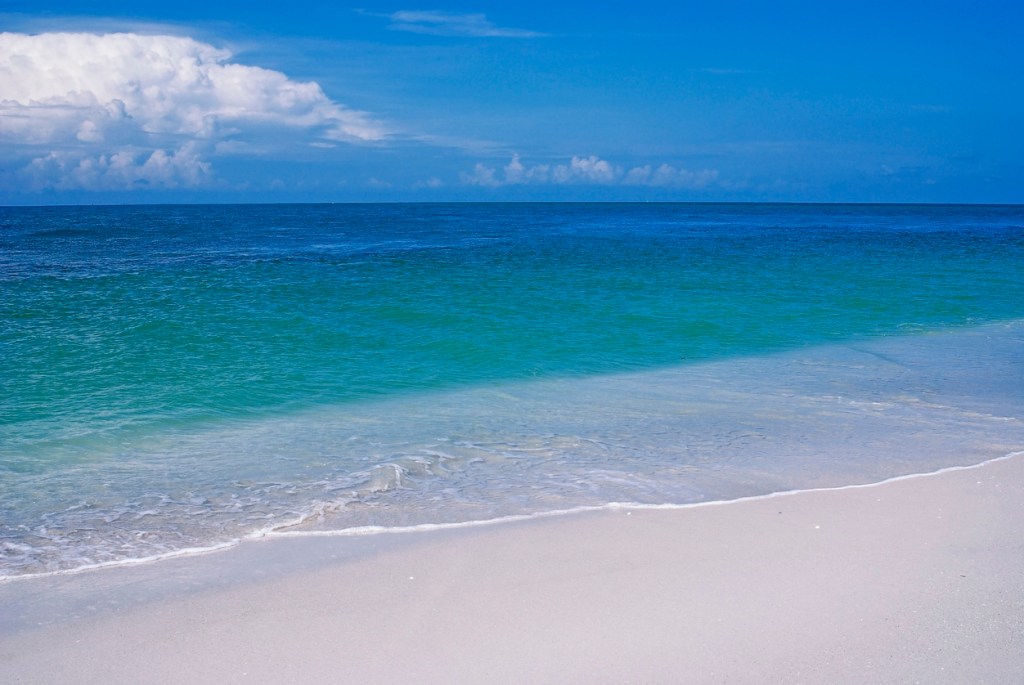 Boca Grande is generally regarded as the Tarpon Fishing Capital of the World from late Spring through early Summer. Depending on your personal preferences, it’s either a thrilling fishing experience or completely overwhelming with all of the boats on top of each other.

The tarpon fishing scene near Anna Maria Island in Tampa Bay has basically turned into Boca Grande 2.0 these days. Local guides and fishermen employ similar tactics with all of the boats fishing in a tight bundle. This also brings in the sharks, lots and lots of Hammerhead Sharks and Bull Sharks.

I grew up on Siesta Key which often makes lists of the best beaches in America but I really do prefer the hour drive down to Boca Grande Pass. There is a TON of moving water that passes by the beach when the tides go in and out. This makes snorkeling pretty fun because all sorts of fish and creatures get pushed past the beach. But there’s always a chance of getting too close to a big Hammerhead Shark like the people in this clip.

Hammerheads LOVE eating tarpon. I tweeted out a clip yesterday of a guy releasing a tarpon in Florida and the shark ambushes his fish in knee-deep water. This is an insane sight to behold.

According to WFLA News, Wendy Donnelly was nearby with a friend when the shark showed up. They spotted the shark and she ran to grab her phone while calling for everyone to get out of the water.

Thankfully, nobody got too close to the shark and the Hammerhead left the ankle-deep water within moments but it was a close call. This beach is also top-notch for finding seashells and there are iguanas and tortoises around back on land. The fishing from this Boca Grande beach is excellent too.

So what I’m trying to say is stay away because I love this beach and don’t want it to get overcrowded. But also you should go because Boca Grande is a really cool small island on Florida’s West Coast and the Gasparilla Inn is a world-class resort.