We Got Our Hands On Hard Mountain Dew: Here’s Our Review And A Ranking Of Every Flavors 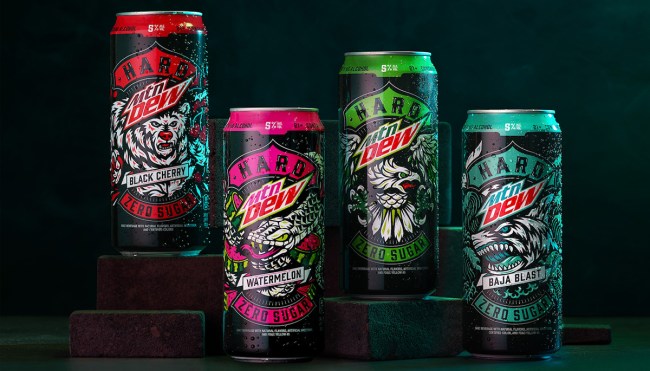 It’s been more than 80 years since the world was introduced to the elixir that the two Tennesseans who set out to engineer a new and improved whiskey mixer dubbed “Mountain Dew,” a moniker that aptly nodded to a slang term for moonshine.

Over the decades, the brand has slowly but surely strayed away from its roots; in the 1990s, it found itself engaged in a battle with Surge to win the hearts and minds of the skateboarders and BMX riders who belonged to Generation Xtreme, and after emerging from that conflict as the victor, the focus shifted to the gamers who used it to wash down the Flamin’ Hot Cheetos they also used for fuel during marathon World of Warcraft sessions.

However, things came full circle last summer when Mountain Dew unveiled it was gearing up for what I believe the Cool Kids refer to as a “vibe shift” after teaming up with Boston Beer Company to turn the world on its head with the game-changing concoction that is Hard Mountain Dew.

On Tuesday, the product officially dubbed “Hard MTN Dew” debuted with a splash when it hit shelves in Iowa, Florida, and Tennessee, and after calling in some favors, I was able to secure a few cans for myself.

Does Hard Mountain Dew live up to the hype? Here’s my verdict.

I obviously had to pull out all the stops for this review, so I assembled some of my finest glassware to ensure Hard Mountain Dew received the respect it deserved.

After pouring out all four flavors, I was immediately transported back to the brief but glorious days of Four Loko thanks to the neon colors I was confronted with (the Original exudes an almost radioactive aura I haven’t encountered since sipping from a Solo cup filled with the Lemon Lime variety of the beverage responsible for sparking a national panic—although it’s worth noting none of these contain caffeine).

This would normally be the part where I talk about the delicate aromas the drink imparts on the nose, but c’mon; we’re talking about Hard MTN Dew. The only thing that really matters is how it measures up to the real thing, so I promptly made my way down the line and didn’t have much trouble when it came to ranking the quartet. 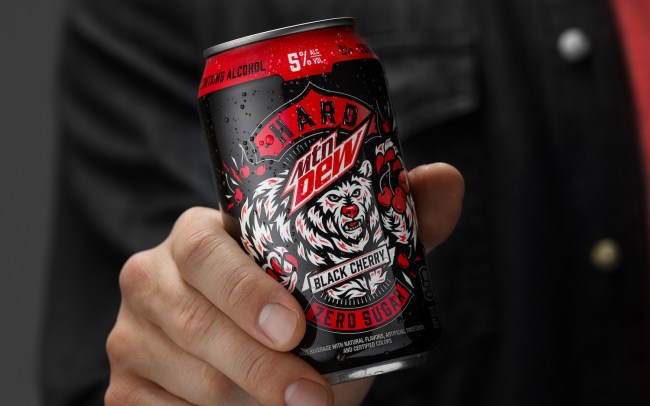 During my travels around the internet, I’ve discovered root beer has a fairly bad rap outside of the United States, as its signature essence is apparently pretty similar to the go-to flavoring agents found in cough syrup in many other countries.

As an American, I’ve repeatedly encountered the same issue when it comes to basically anything designed to taste like black cherry, and sadly, this is not an exception. I did what I could to keep my personal bias out of the equation here, and while I feel like anyone who doesn’t share a similar disdain could find this option enjoyable, it ends up in the basement by default 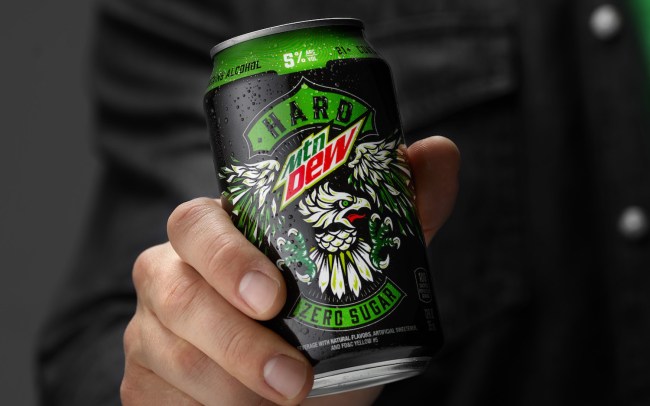 I was able to do a side-by-side comparison with a regular can of the brand’s flagship flavor, and I was pretty surprised to discover it was able to hold its own.

All of the Hard Mountain Dew varieties are sugar-free, which is probably for the best when you consider the hangover that would likely greet you after throwing back a few if that wasn’t the case (each 12-ounce serving also features a modest 100 calories). However, that reality is reflected in the end result; this definitely gives off some pretty strong Diet Mountain Dew vibes.

The 5% ABV all of the flavors boast is also a good and a bad thing, as you probably wouldn’t know this had any alcohol in it if you didn’t know what you were drinking. That’s not necessarily a downside—it goes down a bit too easy—but if you’re looking for something that packs a noticeable punch, you might be a bit let down (I may or may not have ended up mixing it with a bit of whiskey at the end of the tasting, which certainly did not hurt). 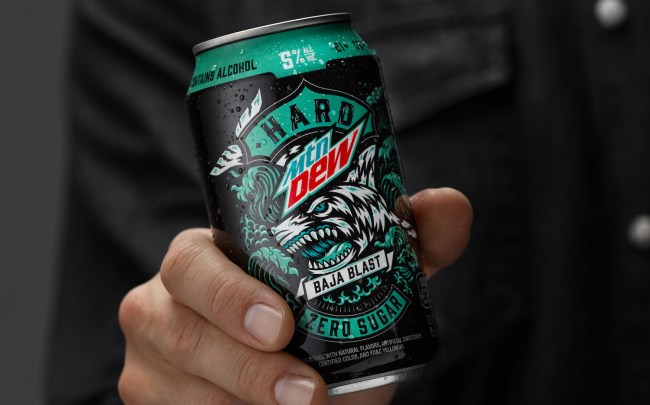 I came into the tasting expecting Baja Blast to take the top spot because, well, it’s Baja Blast.

It ultimately secured the silver medal for reasons I’ll soon explain, but it’s definitely no slouch; anyone who stans the Taco Bell staple is going to be very pleased with what awaits them.

I also may or may not have ended up mixing this one with a little bit of tequila to see how it compares to the adult slushies you can snag at the Tex-Mex chain’s Cantinas. I’m not suggesting you do the same, but you’re probably not going to be disappointed if you decide to go that route. 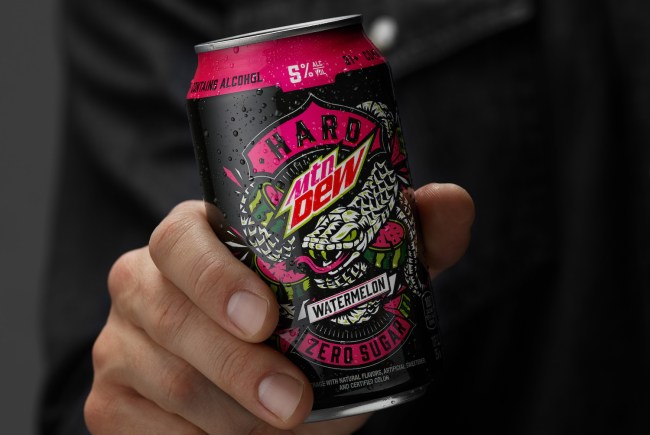 This was easily the most pleasant surprise of the entire bunch and I was especially impressed because I don’t usually consider myself a big Watermelon Guy.

This is what I imagine you’d get if you dissolved a Jolly Rancher in some Mountain Dew. The fruit does a fantastic job elevating the flavor and imparts the perfect amount of sweetness to help disguise the aforementioned essence of diet I encountered in the Original offering.

I’m almost glad I only had a single can of this on hand, as I probably could’ve crushed three of these without thinking twice.

Hard Mountain Dew is slated to continue to roll out across the United States over the course of 2022, and if you’re one of the many fans of the soda that inspired it, it’s definitely worth tracking down.