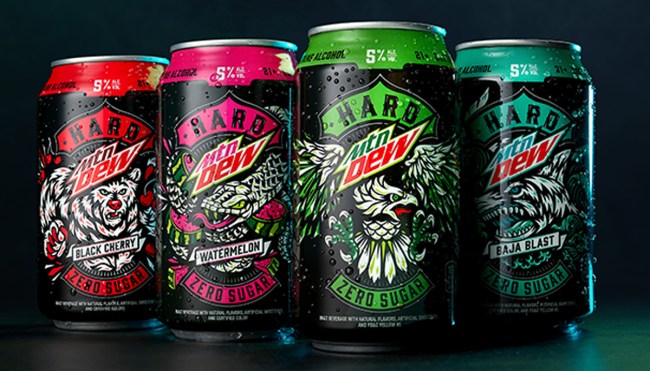 Last summer, Boston Beer and Mountain Dew provided the world with an absolutely thrilling update to their relationship status by announcing a new partnership and the impending arrival of the lovechild known as “HARD MTN DEW.”

It’s been 196 days since we first learned about one of the more exciting developments in recent memory, and while the world has waited with bated breath for more information concerning the expected delivery date, updates have been few and far between.

Last month, the brand revealed Baja Blast had earned a spot in the flavor rotation alongside black cherry, watermelon, and the variety inspired by the soda that started it all, but it was still unclear when we’d be able to try any of them.

However, that all changed on Tuesday, as we now live in a world where you can head to the store and pick up some cans of Hard Mountain Dew for yourself—assuming you live in the three lucky states where it’s now officially on sale after being released.

According to a press release, Hard MTN Dew has appeared on shelves in stores in Florida, Iowa, and Tennessee, where you can pick up individual 24 oz. cans of the 5% ABV concoction or a mixed pack home to a dozen of the 12 oz. option (containing three of each flavor variety). 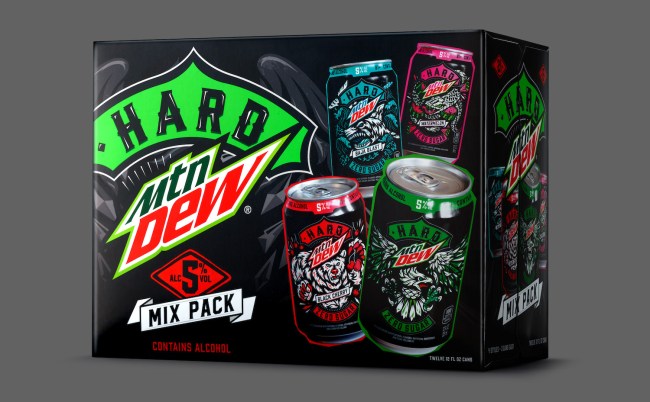 As of right now, it’s unclear when the product will be available in other locations; the brand teased “expanded availability to be announced soon” and it appears new groups of states will be revealed in waves over the course of the rest of the year.

With that said, we’re hoping to get our hands on some cans in the coming days, so be sure to check back for our review once we get a chance to give it a try.