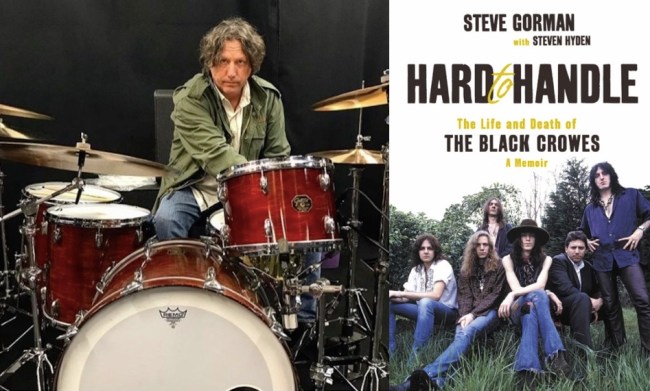 When the Black Crowes exploded out of Atlanta onto the national music scene in 1990, the band’s debut album Shake Your Money Maker quickly put them on the map as serious players. Without question, they were considered the next big rock band with a sound compared to The Rolling Stones, Humble Pie and the Faces.

With hits like “Hard to Handle,” “Jealous Again” and “She Talks to Angels” among others, it was one of those rare records – especially for a debut – that didn’t have a song you didn’t want to hear. And it came at a time when grunge rock from Seattle was sweeping the world. But it didn’t matter. The Black Crowes were going to take back rock and roll. They were considered that good.

What people didn’t see was life beneath the surface. Sure, there was the everyday reality of sex, drugs and rock and roll. But the reality endured by every band member not named Robinson – as in brothers Chris and Rich Robinson, The Black Crowes’ frontman and lead guitarist respectively, who co-founded the band along with drummer Steve Gorman – was a somewhat pained existence that ultimately held the band back from what could have been far greater success.

Just over a year ago – well removed from his time with the band – Gorman detailed his manic, up and down life with the Robinson brothers in his tell-all best seller, “Hard to Handle: The Life and Death of The Black Crowes.” It’s one of the best rock and roll books in memory. And more than anything, it is a remarkable look at the opportunities lost by a band that should be mentioned in the same vein with the Stones, Led Zeppelin, the Allman Brothers, AC/DC and other stalwarts of rock and roll.

On the latest installment of The Load Out music podcast, we welcome in Gorman. He candidly addresses his experiences with the band, discusses the ups and downs, his relationship with Jimmy Page and how Rich Robinson ended the band’s relationship with the guitar god, talks about the financial demands made by Chris Robinson that ultimately ended The Black Crowes as a true band, whether he cared about being left out of the 30th anniversary reunion tour that was ultimately a victim of COVID-19, and much more.

Hold on for a wild ride. If you’re a fan of the band, it’s a bit hard to handle, but I’m guessing you can make it work.