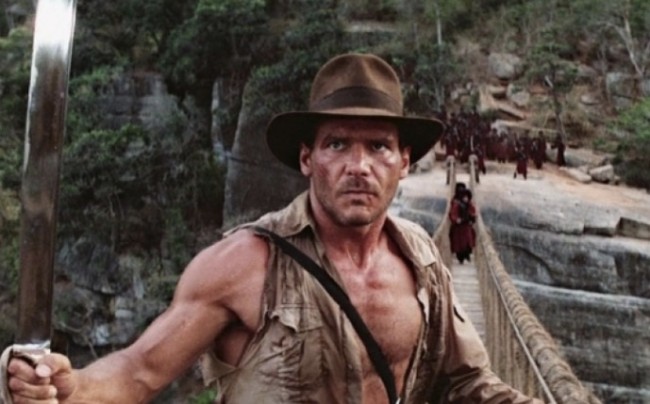 Indiana Jones and the Raiders of the Lost Ark hit theaters on June 12, 1981, and started the beloved Steven Spielberg franchise that would be a cultural phenomenon. The then-38-year-old Harrison Ford played the Nazi-fighting archaeologist Dr. Henry Walton “Indiana” Jones Jr. and the role cemented him as one of the great Hollywood actors. Now Ford is 76-years-old and he is not about to give up on being Indiana Jones.

After Raiders of the Lost Ark, Harrison Ford appeared in Temple of Doom in 1984, Indiana Jones and the Last Crusade in 1989, and Kingdom of the Crystal Skull in 2008. Indiana Jones 5 finally reunites Ford with Steven Spielberg and Disney said the movie is tentatively scheduled to arrive in theaters on July 9, 2021.

Ford appeared on NBC’s Today show and he was asked on who should be the next Indiana Jones. The Hollywood actor gave the perfect response. The Today‘s host Craig Melvin. “Who would you like to see as Indiana Jones?” “Nobody is going to be Indiana Jones, don’t you get it? I’m Indiana Jones,” Ford said. “When I’m gone, he’s gone. It’s easy.”

That is the correct answer.

There has been speculation that Chris Pratt could be the next Indiana Jones. But it appears that Ford mixed up his Chrises because he breaks the news to actor Chris Pine that he won’t be playing Indiana Jones. “This is a hell of a way to tell Chris Pine this,” Ford said. “I’m sorry, man.”

When Shia LaBeouf was cast in Kingdom of the Crystal Skull, many believed that Shia would take over as Indiana Jones for Ford when he hung up his iconic bullwhip and fedora.

“What are you talking about? It’s mine,” Ford told Time in 2010. “I would love to do another Indiana Jones movie. George Lucas is working on an idea now. Shia can get his own hat. I earned that hat.”