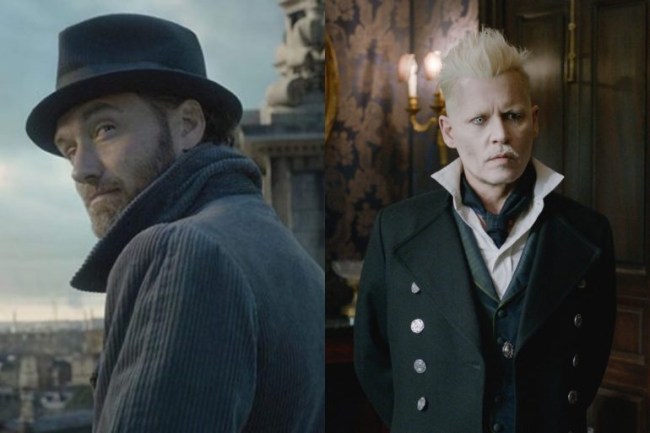 J.K. Rowling recently revealed the sexual preferences of two big characters in the Harry Potter universe despite no one asking. This has sparked the internet to mock the Harry Potter author with hilarious jokes and “no one” memes.

“Their relationship was incredibly intense. It was passionate, and it was a love relationship,” Rowling said in the feature. “But as happens in any relationship, gay or straight or whatever label we want to put on it, one never knows really what the other person is feeling. You can’t know, you can believe you know.”

“I’m less interested in the sexual side — though I believe there is a sexual dimension to this relationship — than I am in the sense of the emotions they felt for each other, which ultimately is the most fascinating thing about all human relationships,” Rowling said.

Rowling did not include these details in the Harry Potter movies, which annoyed some fans and made her revelations seem insincere since she seems to be making this revelation as lip service in a DVD extra, but not in the movies.

J.J. Rowling offered these revelations despite no one asking about the sexual preferences of Dumbledore and Grindelwald. This sparked the “no one” meme on Twitter and Harry Potter fans struck with hilarious jokes. The “no one meme” was often the tweet format in the mockery of Rowling’s Potterverse revelations, but there were a variety of jokes about the Harry Potter author.

me: you know what? i can kinda relate to that

no one:
jk rowling: dobby was a lesbian

Literally NO ONE:
JK Rowling: Dumbledore liked it raw

jk Rowling: i had sex with hagrid

Me: I —
JK Rowling: Hagrid has paid for feet pics

JK ROWLING: so did you and dobby

JK ROWLING: you will never feel love like that again

JK Rowling *chasing a reporter down the street*: “Hagrid was a furry, you know! I didn’t mention it in the books, but it was understood. Representation!!” https://t.co/zVxnr1oAFx

me, minding my own business:
jk rowling: DUMBLEDORE AND GRINDELWALD FUCKED EVERY DAY THEY WERE CONSTANTLY BANGING

J.K. Rowling: Neville got his last name because he likes getting a finger up the bum

JK ROWLING (crashing through skylight): HAGRID GOT HIS DICK SUCKED BY THE FACE ON THE BACK OF QUIRRELL’S HEAD

No one:
JK Rowling: Dumbledore doesnt "have sex". He fucks. Hard. https://t.co/JZzgEIQg5v

You sit down on a couch in JK Rowling’s house and she’s like, “Careful, Dumbledore got railed there.”

HARRY POTTER FAN: I love that the creator of my favorite series is so interested in continuing to expand the universe!

JK ROWLING: Okay here’s a list of each character from the books organized by how hard they came when they fucked each other

JK Rowling: “Aslan was, like, balls-deep into Reepicheep.”
Me: “Those aren’t even your charac—“
JK Rowling: “Balls. Deep.”

jk rowling: hey guess how moaning myrtle got her name

everyone: please don’t make us