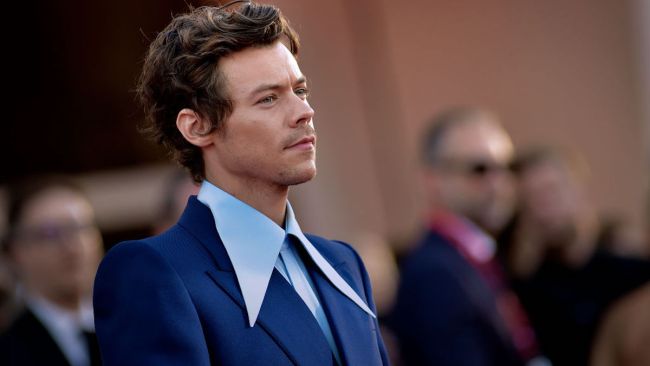 After days of non-stop tweets and headlines about Harry Styles apparently spitting on Don’t Worry Darling co-star Chris Pine, Styles addressed the incident during his concert on Wednesday night.

Following a statement from Pine’s team that emphatically claimed that Styles DID NOT spit at Pine during the Venice Film Festival press conference, Styles directly addressed the massively viral video during his Wednesday night concert and made a joke out of the matter.

“I just popped over to Venice to spit on Chris Pine, but fear not, we’re back!” Styles said on stage.

"I just popped over to Venice to spit on Chris Pine, but fear not, we’re back!"
(via @2011satellite) pic.twitter.com/a4Q0EJ66VJ

On Tuesday, barely a day after the video went viral, Pine’s reps put out a statement denying that the former One Direction frontman spat at the Star Trek star.

“This is a ridiculous story — a complete fabrication and the result of an odd online illusion that is clearly deceiving and allows for foolish speculation. Just to be clear, Harry Styles did not spit on Chris Pine,” the actor’s rep told People. “There is nothing but respect between these two men and any suggestion otherwise is a blatant attempt to create drama that simply does not exist.”

The viral incident between Pine and Styles was one of many headline-grabbing moments from the Don’t Worry Darling press tour, which has been full of controversy thus far. On top of everything else, the film is suffering from middling reviews as it has just a 42% critics score on Rotten Tomatoes (at the time of this writing)o.