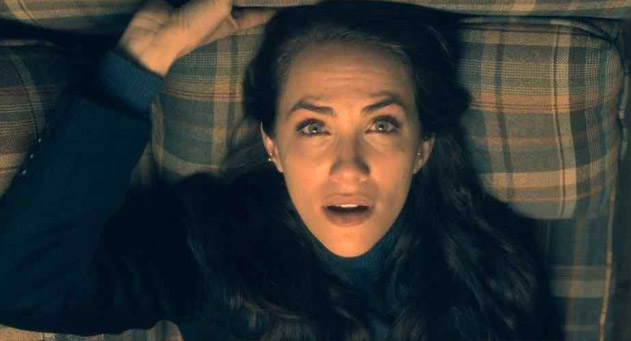 Mike Flanagan, the creator of the hit Netflix series The Haunting Of Hill House, admitted in a new interview with TVLine that he considered having a very different alternate ending for the show. An ending that probably would have made a whole lot of people very, very angry.

Turns out that at one point he actually considered ending the season with… a cliffhanger. Yep, that would have definitely pissed people off.

“It didn’t look like anything I’d want out there in the world, which is why we abandoned it quickly,” said Flanagan. “It was part of the very, very early conversations we had about it, but it never really took a shape that I’d want to talk about.”

As for the rest of the Haunting of Hill House episodes, Flanagan says, like the ending they ended up using, not much changed from the original script.

“Whatever other ideas we entertained, the ending we shot is actually very much in keeping with how it was first conceived and presented,” he explained. “I think the other ideas were just detours, but they all led back to the same place.”

Flanagan also addressed a popular fan theory that what we saw of the Crain family at the end of the show was really, what actually happened.

“I’ve said a lot about the ending, and I’m reluctant to say more. I like that people are able to put their own spin on things, so I’m not eager to take that away from them,” Flanagan told TVLine. “In this case, though, the ending can be read at face value.”

So, no, Luke’s second year of sobriety celebration cake having red frosting had nothing to do with the kids still being tapped in the Red Room.

“If they’re still in the Red Room, it robs Hugh’s sacrifice of any meaning. For me, it ends exactly as it appears to,” said Flanagan. And, well, he would know, wouldn’t he?

A post shared by The Haunting of Bly Manor (@thehaunting)

“Hugh is dead, Nell is dead, Olivia is still dead. I always looked at it as just having a hint of peace, just a glimpse into the fact that life goes on, and there’s some acceptance for the surviving characters,” he expounded. “Acceptance, peace and a little forgiveness doesn’t lessen the loss they experience in that episode; it only shows that life has a way of going on, and that these characters are finally accepting of that.”

As for whether we can expect a second season of Hill House, Carla Gugino told The Hollywood Reporter, “Mike Flanagan said he would be interested in the notion of an anthology, where some actors come back to play different characters.”

As for the man in charge, Flanagan told TVLine, “If we did do a season two, it definitely wouldn’t involve the Crains. I think their story is told. An anthology series, about Hill House or something entirely new, could be really interesting!”