The First Official Trailer For Disney+’s ‘Hawkeye’ Is Here 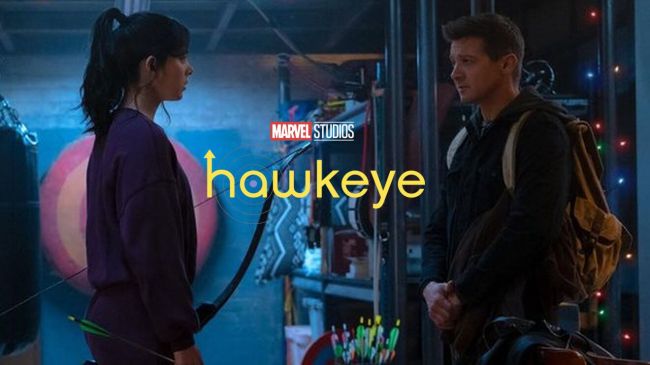 The first official trailer for the Disney+ series Hawkeye, set to hit the streamer in the coming months, has arrived. The series stars Jeremy Renner as Clint Barton / Hawkeye, one of the original Avengers in the Marvel Cinematic Universe. Given that this series appears to be passing the mantle of Hawkeye from Renner’s Barton to Hailee Steinfeld’s Kate Bishop, many MCU fans are speculating this will mark Renner’s final performance in the role.

Despite there being just four months left in 2021, Hawkeye is one of many Marvel Cinematic Universe projects set to be released prior to the end of the year, as Eternals, Spider-Man: No Way Home and Ms. Marvel (another Disney+ series) are all scheduled to come out this year. In total, Marvel Studios will release ten projects this year.

Hawkeye stars Jeremy Renner as Clint Barton, Hailee Steinfeld as Kate Bishop, Vera Farmiga as Eleanor Bishop, Fra Fee as Kaz, Tony Dalton as Jack Duquesne, Zahn McClarnon as William Lopez, Alaqua Cox as Maya Lopez, and Florence Pugh as Yelena Belova. The series — the fifth television show set in the Marvel Cinematic Universe following WandaVision, The Falcon and the Winter Soldier, Loki, and What If…? — will premiere on Disney+ on November 24.