HBO Orders ‘Game Of Thrones’ Spinoff Prequel Pilot, Everything We Know So Far And Possible Plots 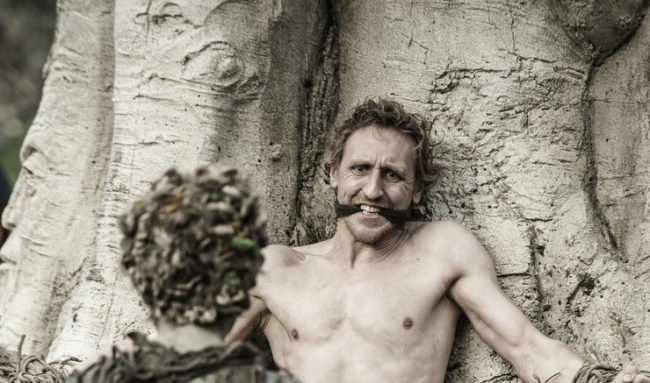 There are only six episodes left in Game of Thrones, that is a tough pill to swallow. However, HBO gave us some reason to be excited because they have ordered a Game of Thrones spinoff prequel pilot and it has incredible potential.

Here is the official description of the pilot:

“Taking place thousands of years before the events of Game of Thrones, the series chronicles the world’s descent from the golden Age of Heroes into its darkest hour. And only one thing is for sure: from the horrifying secrets of Westeros’s history to the true origin of the White Walkers, the mysteries of the East, to the Starks of legend … it’s not the story we think we know.”

Here is a description of the Age of Heroes from the Game of Thrones Wiki:

The Age of Heroes is an epoch in the history of Westeros. It began approximately 10,000 years ago with the sealing of the Pact, which brought about peace between the First Men and the Children of the Forest at the end of the preceding era, known as the Dawn Age. The Age of Heroes lasted for about four millennia, from the signing of the Pact until the Andal Invasion 6,000 years ago.

In the A Song of Ice and Fire novels, the Age of Heroes is one of several broad eras in the history of Westeros. It was preceded by the Dawn Age, in which the First Men crossed the land bridge into Westeros, encountered the Children of the Forest, and came into conflict with them. After many centuries of warfare, the two races met on the Isle of Faces and established the Pact, which created peace between them. The Age of Heroes is commonly accepted to date from that accord, and lasted for thousands of years after it.

The Age of Heroes features essential GoT characters such as Bran the Builder (Who built the Wall), Artys Arryn (The Falcon Knight), The Grey King (the first ruler of the ironborn, slew a sea dragon, married a mermaid, and ruled for a thousand years), and Lann the Clever (A con man who was able to swindle Casterly Rock from House Casterly and one of the first Lannisters). Lots of interesting characters to go with here. The spinoff will also probably tackle the Long Night, how the Starks descended from the First Men and possibly the Others.

The Game of Thrones special effects teams had better get their A-game ready because mythical creatures such as giants and children of the forest lived peacefully amongst humans before being White Walkers nearly killed them all. The plot synopsis mentions “mysteries of the East,” which sounds like we are going to get some major looks at Essos. This continent has much different cultures, creatures, climate, and landscape than Westeros. This continent is several times larger than Westeros and features rainforests the more you go east and is subtropical in most areas. While we got glimpses of Essos with Qarth, the Dothraki, Slaver’s Bay, and Braavos, it sounds like we will get a more detailed journey into this faraway land.

The pilot was written by A Song of Ice and Fire author George R.R. Martin and Jane Goldman, who was a screenwriter for The Kingsman: The Secret Service, X-Men: Days of Future Past, X-Men: First Class, and Kick-Ass. The network has Game of Thrones spinoff

This isn’t the only Game of Thrones spinoff that HBO is working on, they have five different possibilities. In the past, HBO said they are not committed to picking up one, all four, or even any of the possible spinoffs and the other four are “still under consideration.” More Game of Thrones? Hell yes! Sadly, we won’t get to see the new prequel spinoff for years, so now we wait for the final season of the original Game of Thrones.