HBO Max Drops New Trailer Teasing All Of Their 2021 Releases 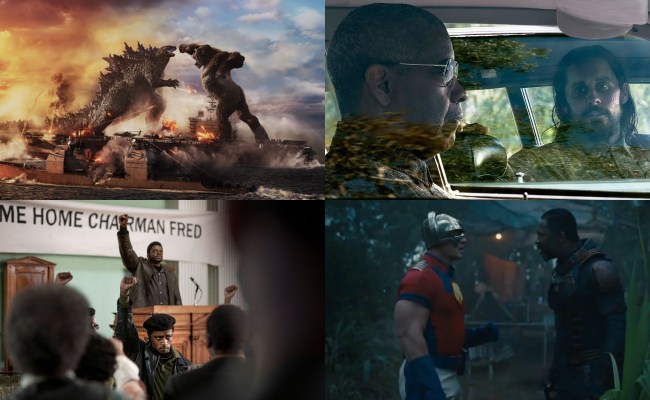 Netflix, for example, is scheduled to release around 70 original films this year, while Warner Bros. has made the highly-controversial decision to divert all of their theatrical releases to HBO Max.

As a little reminder of all the content they have coming, HBO Max dropped a little trailer that teases all of their upcoming releases, giving fans a look at The Suicide Squad, Mortal Kombat, The Conjuring: The Devil Made Me Do It, and more.

New @hbomax 2021 trailer, featuring looks at ‘Dune’, ‘The Suicide Squad’, ‘The Conjuring: The Devil Made Me Do It’, ‘Mortal Kombat’, the Hugh Jackman-starring sci-fi ‘Reminiscence’, and more!pic.twitter.com/Vi4pRWAMgE

The next Warner Bros. feature to hit HBO Max will be The Little Things, which drops on Friday, followed by Judas and the Black Messiah on Feb 12 and Tom & Jerry on Feb 26. Then, in March, we get Godzilla vs. Kong on March 26, and The Snyder Cut of Justice League on a still-unannounced date.

The project that caught my eye was the Hugh Jackman-starring sci-fi Reminiscence, which I hadn’t heard of until now. Starring a stacked cast of Hugh Jackman, Rebecca Ferguson, Thandie Newton, Daniel Wu, and Cliff Curtis, Reminiscence is ‘Westworld’ creator Lisa Joy’s directorial debut. Check out the official plot synopsis below:

Nicolas Bannister, a rugged and solitary veteran living in a near-future Miami flooded by rising seas, is an expert in a dangerous occupation: he offers clients the chance to relive any memory they desire. His life changes when he meets Mae. What begins as a simple matter of lost and found becomes a passionate love affair. But when a different client’s memories implicate Mae in a series of violent crimes, Bannister must delve through the dark world of the past to uncover the truth about the woman he fell for.

The crime thriller The Little Things — which stars the Academy Award-winning trio of Denzel Washington, Jared Leto, and Rami Malek — hits HBO Max on Friday, so make sure you’ve got yourself subscribed so you can check that out.