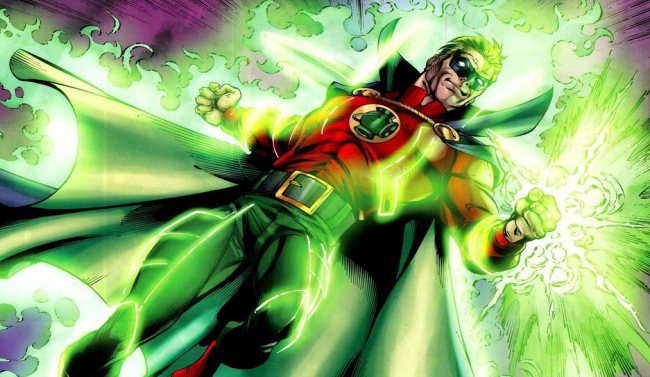 According to reports, Jeremy Irvine, the 30-year-old Englishman known for his work on the USA Network Jason Bourne spinoff series Treadstone, is in talks to take on the role of Alan Scott in the upcoming HBO Max series from mega-producer Greg Berlanti.

While specific plot details about the series have yet to be revealed, HBO Max’s Green Lantern is expected to “reinvent” the classic DC property “through a story spanning decades and galaxies, beginning on Earth in 1941 with the very first Green Lantern, secretly gay FBI agent Alan Scott (Irvine), and 1984, with cocky alpha male Guy Gardner (Wittrock) and half-alien Bree Jarta,” according to Deadline.

In addition to Alan Scott, Guy Gardner, and the aforementioned Lanterns, “a multitude of other Lanterns, from comic book favorites to never-before-seen heroes”, will appear in the series.

Noticeably absent from the casting news, though, has been Hal Jordan and John Stewart — the two most recognizable Green Lanterns. It is believed that those two characters will not appear in the series as they’re being saved for the long-gestating Green Lantern Corps. film.

At this time, the Green Lantern series does not have an official release date and it is unclear when production will begin. Given that casting news has begun to roll out, though, filming will likely kick off later this summer.