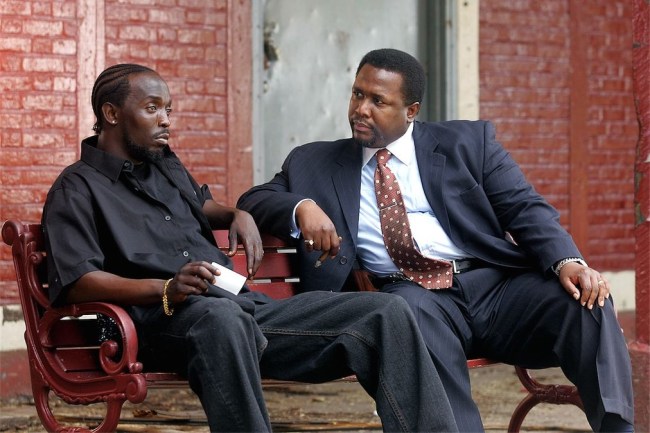 By the time the Entourage movie finally came out in 2015, it was generally viewed as having happened after too much time had elapsed since the show ended four years prior.

However, almost thirteen years after it had its plug unceremoniously pulled by HBO, Deadwood returned for one last time last week—this time in movie form.

The movie had been promised for so long that you could be forgiven for thinking it was nothing more than a pipe dream. After all, thirteen years is a long time, especially in the current era of Peak TV we’re in. On top of that, over that span, we’ve seen Breaking Bad, Game of Thrones, Mad Men, Boardwalk Empire, and more come and go. If Deadwood had been forgotten, it definitely wasn’t the show’s fault.

Surely thirteen years would prove too long to wait for those Deadwood heads out there.

While not enough to usher a full-on Deadwoodassaince, the popularity of the movie—as well as the reception to it—proved that if something is good enough, the audience will be there for it no matter how long the wait may be. It also poses an interesting question: what other classic HBO shows should be brought back a la the Deadwood movie?

Don’t immediately respond with “The Sopranos” as that’s already happening. Likewise, you can forget Game of Thrones, as they are already working on a prequel series. While I personally would love more Veep, that show just ended (and it also ended with a pretty clear glimpse at the years following the events of the finale). We need to let Veep breathe a little before going back to it.

With that said, here are five shows that could be contenders for the next big HBO movie. 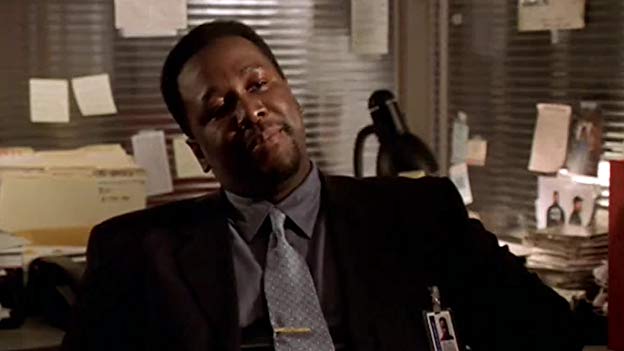 Jimmy McNulty had created a serial killer as a way to bring in more resources to the department but it massively backfired on him, and by the finale, both he and Lester Freamon had been exposed, which resulted in the duo being removed from the force.

Mayor Carcetti became Governor Carcetti, drug kingpin Marlo Stanfield was attempting to become a legitimate businessman, Michael—one of the four boys at the center of the show’s excellent fourth season—had become an Omar-like stickup artist, and Cedric Daniels had retired after being named Commissioner.

The Deadwood movie takes place about ten years after the events that occurred in the series finale and a similar time jump could happen with The Wire movie.

If anything, the bigger question is if the movie tries to incorporate as many of the show’s characters as possible in a limited time frame or focuses on just a couple of the characters. Given how The Wire made its bones by being detailed and thorough, trying to cram over a dozen characters into a two-hour movie could be a stretch. I think they’d be better off narrowing their focus.

As great as McNulty was, a movie about him working as a security guard at Johns Hopkins doesn’t sound that enticing and no one is lining up to watch Lester work on his miniatures for two hours.

So how about a new case with Kima Greggs and Bunk working it? Maybe it even has a way of tracing back to Marlo, who—despite fronting as a legit businessman—is still involved in the Baltimore drug game.

One of the themes of The Wire was the cyclical nature of life and what better way to show that some things will never change then revisiting West Baltimore ten years later and showing that it largely remains the same? 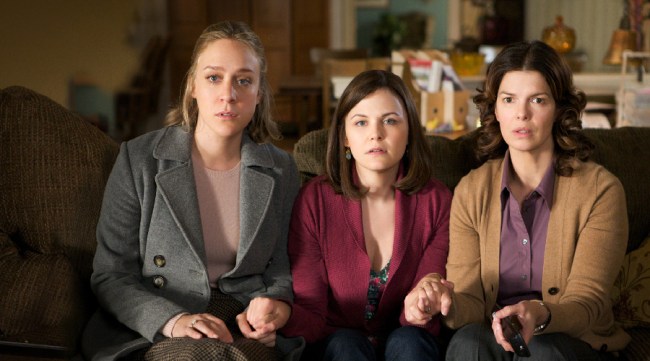 Bill Henrickson, the patriarch of the Henrickson family, flew too close to the sun, having come out as a polygamist and taken over Juniper Creek. In his attempts to make things right, he loses his business and eventually loses his life after getting shot dead by a neighbor in the street. His first wife, Barb, had been flirting with a reformed LDS church, his second wife, Nicki, was rudderless, and his third wife, Margie, headed to South America on a mission trip.

When the show ended, Sarah was married with a newborn child, having settled in Oregon and a movie about her dealing with the fallout of her father’s death and public revelation could certainly be interesting.

I think Ben might be the way to go, though. Throughout the series, he routinely expressed an interest in following his father’s lead and a Big Love movie could focus on Ben’s struggle with his faith while attempting to choose between right and wrong. Perhaps he’s fallen in with some of the off-the-radar Mormon fundamentalists groups that are out there and wrestles with the idea of it being for him or not.

Or it could just be the Margene show. She was always the most interesting wife of the three anyway. 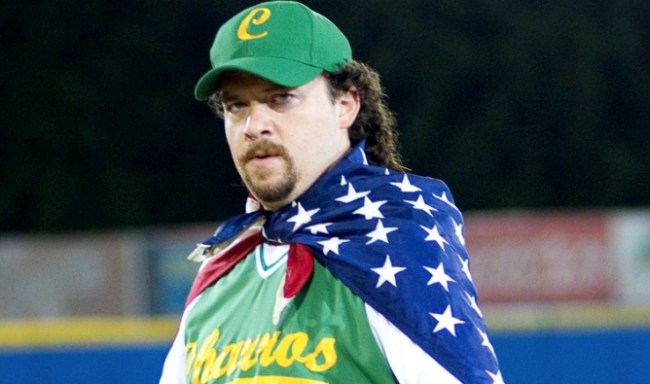 It depends on who you ask.

If you ask Kenny Powers, it ended with his son marrying Lindsay Lohan, his wife getting shot in a dark alley, and him becoming a drug addict only to find happiness and salvation in Africa.

If you ask anyone else, it ended with Powers having included all that in his screenplay, clicking save and leaving with April.

Easy: it’s the story of Kenny Powers trying to get a movie made about his life. He travels to Hollywood before pitching his script to several executives and getting turned down by all of them. Frustrated, but not deterred, Powers elects to make the movie himself.

Boardwalk Empire was a frustrating show but it was still a good show. It just never got to where both the show and the audience wanted it to get too.

With that said, the show’s final season was solid. In the end, the actions of Nucky’s past came back to haunt him in the form of young Tommy Darmody, the son of Jimmy Darmody (who Nucky killed at the end of season two) and grandson of Gillian Darmody (who, as we see in flashbacks, was handed over to the Commodore by Nucky, leading her down the troubled path she followed).

Nucky effectively ruined that family and, with Tommy the last one standing, paid the price for it.

I’m not sure a time jump is needed here. Instead, it could pick up right after Nucky is killed and follows Tommy as he runs away from what he did.

Does he run north to New York and join up with Lucky Luciano and Meyer Lansky, both of whom were feuding with Nucky at the time of his death? Or does he run somewhere else, allowing the movie to explore a different part of the country in the early 1930s? It’s not as if America was lacking in subplots during that time and there would be plenty of historical events to have Tommy weave in and out of.

One of the bones to pick with Boardwalk Empire was that it tried to operate on too big of a playing field. It started off as a story of Atlantic City, but before you knew it, it had expanded to New York as well as Philadelphia and Chicago. As the show went on, it’s as if Atlantic City became an afterthought—a place to come back to as opposed to a place where the action was taking place.

The 1930s weren’t kind to the city and once Prohibition ended (coupled with the rise in popularity of cars) Atlantic City started on a decline that stretched into the early 1970s.

So maybe Tommy kills Nucky but no one knows and he’s able to remain in Atlantic City under the alias Joe Harper. Then, we could see the fall of Atlantic City through Harper’s eyes and his adventures. Instead of another gangster story, it becomes a story of a city falling apart and struggling to maintain it’s relevance amidst a changing landscape.

See? We already have a tag line.

Flight of the Conchords 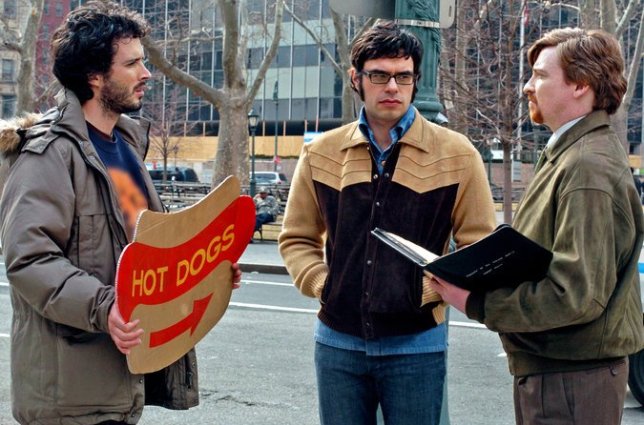 The Conchords—Bret and Jermaine—get evicted from their apartment after having spent the past two years paying for their rent in New Zealand dollars. After spending time living with superfan Mel and her husband Doug, they’re outed as being in the country illegally thanks to Murray’s musical about them and the duo are forced to return to New Zealand and their job as shepherds.

Their time back in New Zealand has been hard on Bret and Jermaine and they find themselves drifting apart, no longer playing music as a pair or even living together. Bret has settled down, is married and has kids, while Jermaine is out there still living that bachelor life. It looks as if Flight of the Conchords are done.

But wait! Murray—who was also deported and is still acting as the band’s manager—finds out that Ed Sheeran has started covering Conchords songs at his shows, leading to a renewed (or new) interest in the group. Sensing an opportunity, Murray works to get the guys back together to go on tour. This won’t be easy given the changes in each of their lives but Bret finally agrees once he learns that his wife was only with him for tax purposes and his children aren’t even his.

The band hits the road with the goal of finding Sheeran and having him agree to take the band on tour with him.

I know that the Conchords still do shows and that last fall HBO aired a concert of theirs but it’s not the same as it was watching the show. In 2015, Jermaine talked about a possible movie in an interview, but that was a while ago and not much has been heard about it since then.

Well my dudes, I just wrote the movie for you.