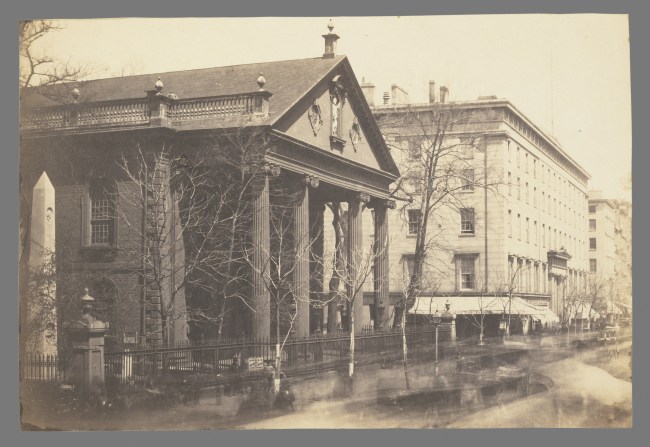 I can’t even begin to explain the video processing magic that went into the creation of this 60 frames-per-second stunning footage of NYC life back in 1911 but I can tell you that I’m having a LOT of trouble peeling my eyes away from watching this clip.

According to the person who uploaded the clip to YouTube, this is done by “commercial image-editing software Gigapixel AI that utilizes neural networks to upscale sharpness of the images by up to 600%.” The FPS was boosted to 60FPS, image resolution boosted to 4K, the video was sharpened, and it was colorized.

If you want a point of comparison, this is the original clip which was filmed by a Swedish company named Svenska Biografteatern on a 1911 trip to the United States of America back when everyone dressed like the Monopoly Man and traveled around the city by boat, presumably because the streets were overflowing with horse shit.

Here’s this mesmerizing clip which is currently taking off on Reddit and is starting to trend on YouTube:

This is the first time I’ve seen a remastered clip from this YouTube channel but my colleague Paul pointed me in the direction of this one as being pretty incredible as well. This clip comes from 1896 and shows the arrival of a train (it’s much shorter than the NYC clip):

It’s a little trippy to think that technology has progressed to a point that future generations won’t ever have to wonder what the past was like because there will always be crips, HD 4K footage from this era.