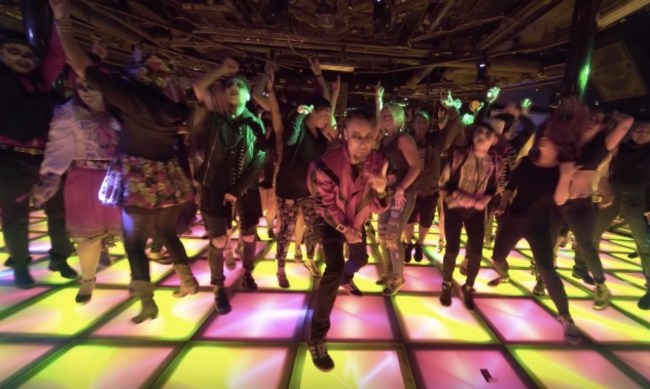 It’s been a hot minute or two since the last time I shared a new heavy metal cover from Leo Moracchioli with you BroBible readers and I apologize for that.

Perhaps I’ve just been waiting for the perfect cover, or maybe I’m having trouble finding anything on the Internet that interests me today other than this raging cover of Michael Jackson‘s ‘Thriller’. Whatever the case may be, let’s just take a moment to appreciate ‘Thriller’.

The song itself went Platinum in both physical copies (1 million) and 6x Platinum in digital (6 million). It peaked at #1 on the Billboard Hot 100 chart in February 1984 as the seventh song from the ‘Thriller’ album to reach the #1 spot. Since it’s release, there have been more than 7 million copies of this song sold in the United States alone. Just unreal.

Heavy Metal musician Leo Moracchioli has accumulated more than three million subscribers on YouTube with his covers of famous songs from ‘Africa’ by Toto to ‘Despacito’ and everything in between. Here’s his latest:

I have one question here: how in the shit did Leo convince a casino to allow him to film inside? I get screamed at any time I even take my iPhone out at the casino and this dude’s in there filming a music video?! What gives? I guess I’ve never been in the casino on a cruise ship because I’m not a big cruise guy, that might be the piece of the puzzle that I’m missing here.

For more Heavy Metal covers from Leo, you can CLICK HEREto check out the BroBible archives.