Size Chart Shows How Tall Every Marvel Character Is From Shortest To Tallest, From Ant-Man To Giant-Man 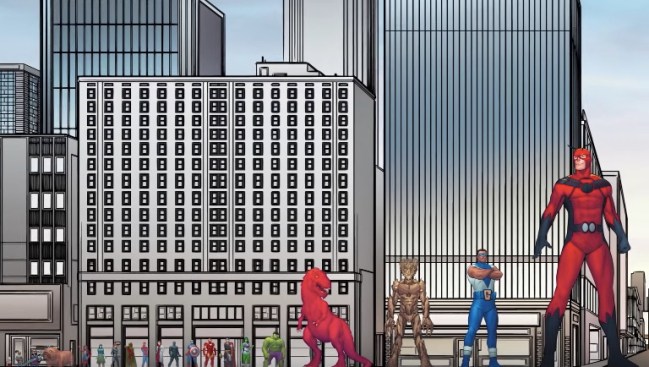 Ant-Man and the Wasp hits theaters worldwide next weekend on July 6th. It’s the umpteenth Marvel film to get a sequel, and it’s an odd sequel because Paul Rudd’s Ant-Man character didn’t even appear in Avengers: Infinity War (because the character was on house arrest).

I have a few friends who are film critics in New York and by all accounts, Ant-Man and the Wasp is going to be a great movie. The reports are that it’s incredibly fun, which at this point in this Summer is really all we’re looking for in a Marvel movie, right? The film will feature Ant-Man (obviously), who is the size of an actual ant. It will also feature Giant-Man, Ant-Man’s alternate ego. To hype up the film a little, Marvel released this short clip which tracks every Marvel character from shortest to tallest, from Ant-Man to Giant-Man…Sure, there are some missing characters here but they really made an effort to include as many as possible:

If you’re like me and might’ve forgotten about several Marvel characters over the year this was actually quite informative. I might have read the comic books when I was a kid but that was a long ass time ago. I don’t remember this 5-foot-tall bulldog, or the smartest character in the MCU, some 9-year-old girl. At this point in life, all I’ve got time for are the characters who we see in the MCU films.