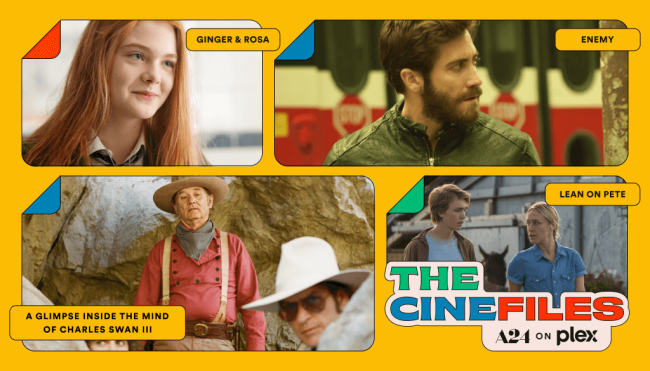 Over the last decade or so, there have been few movie studios, if any, that have been able to not only establish a recognizable brand but garner the respect of virtually the entire community the way A24 has.

First founded in 2012, A24 gained almost immediate notoriety with the release of Harmony Korine’s Spring Breakers. From there, A24 spent the next 10 years establishing itself as one of the most artistically courageous studios in the business, producing films such as Denis Villeneuve’s Enemy, Jonathan Glazer’s Under the Skin, and Steven Knight’s Locke, and more.

Over the last half-decade or so, though, A24 has reached an entirely new level of popularity, as film fams have now come to expect a certain level of quality when a project comes with an A24 logo attached to it, as evidenced by beloved movies such as Ex Machina, Room, The Witch, The Lobster, Moonlight The Florida Project, Lady Bird, The Last Black Man in San Francisco, Midsommar, The Lighthouse, Uncut Gems, Minari, The Green Knight, The Tragedy of Macbeth, the recently-released Everything Everywhere All At Once (which is now their highest-grossing film of all-time), and many, many more.

Because A24 is a relatively newborn studio — certainly compared to the likes of Warner Bros., Paramount, or even Netflix — they have yet to launch their own streaming service, meaning all the various iconic films they’ve produced over the years are currently scattered all over the internet, though.

Plex TV to offer a litany of FREE A24 movies

Luckily for film fanatics, though, Plex is here to save the day as the FREE movie streaming service is set to begin housing some excellent A24 films come July. That’s right! You can watch the A24 titles free on Plex for a limited time only, as they’re gone at the end of the month.

Over the coming years, Plex will begin streaming virtually all of A24’s beloved filmography, beginning with the likes of aforementioned hits such as Enemy, Locke, and Under the Skin.

In addition to those movies, further A24 staples such as Room (which saw Brie Larson put forth a Best Actress-winning performance), The Spectacular Now (one of the best rom-coms of the 21st century), A Most Violent Year, and Ex Machina (the latter two of which helped turned Oscar Isaac into one of Hollywood’s leading A-listers). Save them all to your universal Plex Watchlist—before they’re even released.

Those aren’t the only movies you get with Plex TV, though, as the site is currently streaming 210 FREE Live TV channels and over 50,000 FREE on-demand movies.

WATCH A24 MOVIES NOW VIA PLEX

All told, here is the complete list of A24 films that will make their way onto Plex in July, with a “*” next to the movie meaning I’ve seen it and personally recommend it.

Watch A24 movies FREE Online in the United States

Thanks to PLEX TV, you can watch a bevy of revered A24 movies for FREE online in the United States. Yes! Plex is actually free and that’s not just something I’m saying to get your adrenaline pumping.

You can actually watch these films online. No subscription needed, not even a sign-up.

Stream anytime, anywhere for FREE on almost any device (Apple, Android, Roku, Amazon Fire and more) in the United States.