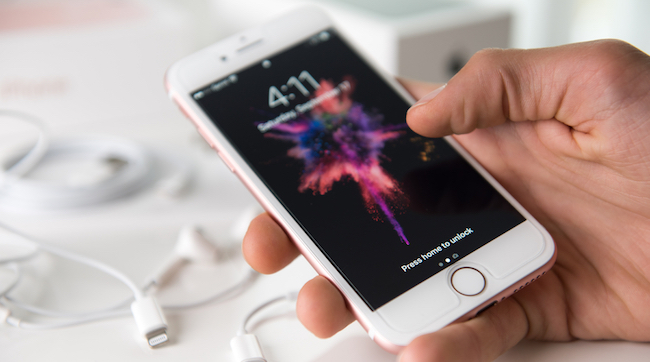 It was revealed last week that Apple’s iOS updates were causing outdated iPhones to become slower. Apple has since been hit with at least eight lawsuits filed in various federal courts. The lawsuits, which were filed in U.S. District Courts in California, New York, and Illinois, are class-action suits that could potentially represent millions and sue for billions. The person who may be responsible for bringing the smartphone behemoth to its knees could be a 17-year-old high school student.

Tyler Barney is just your average high school student from Mt. Juliet, Tennesee, except that he may completely turn Apple’s successful world upside-down after exposing the company’s intentional throttling of iPhones. The 17-year-old discovered that iPhones had decreased performance after his own iPhone 6s was having issues and was becoming “buggy.” “It was a big mess all the time,” Tyler said. “Even typing was painful. Seconds passed between keystrokes.”

Barney had recently updated the operating system on his iPhone 6s and wanted to see if his brother’s older model iPhone 6 had the same issues. His brother’s phone was an older model, but was actually purchased a year after Tyler’s 6s. The 6 was outperforming the 6s with ease and was noticeably faster. Many iPhone users experienced diminished performance and suffered experience longer launch times for apps, dimmer screens, lower maximum speaker volumes, and had the camera’s flash disabled.

Barney found that the decreased performance had to do with his phone’s lithium-ion batteries. Tyler did some research and found that Apple intentionally slows performance on iPhones to preserve the life of older lithium-ion batteries. When he replaced his phone’s battery the 6s sped up instantly. He shared his findings on Reddit and it went viral. On Thursday, Apple faces billions in lawsuits which could hurt CEO Tim Cook’s wallet next year after he made $102 million in 2017.

On Thursday, Apple issued a public apology which you can read HERE. Apple also offered a discounted price on battery replacements. Early in 2018, Apple will issue an iOS software update that allows users to see the health of their iPhone’s battery. This way users can see for themselves if the battery is causing reduced performance.