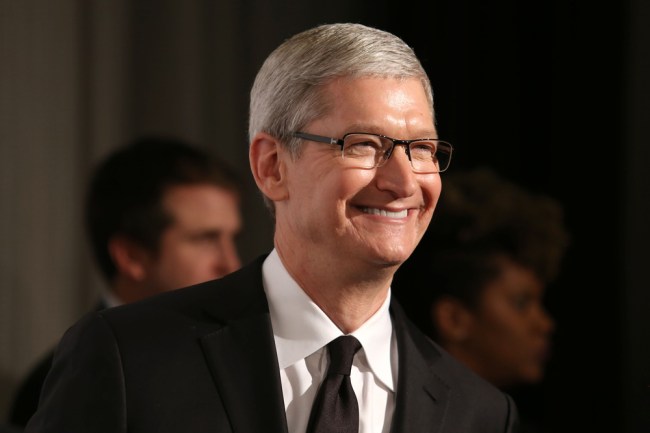 2017 was a big year for Apple, which released the new Apple Watch, the iPhone 8 and 8 Plus, as well as the revolutionary iPhone X. The impressive year paid big dividends to Apple as well as Cook. The Apple CEO received $3.06 million in salary, $9.33 million in incentive pay for the fiscal year ending September 30th, and an annual bonus equity award of $89.2 million, a 74% bonus. Cook’s total payout comes to just under $102 million. Not a bad gig.

In fiscal 2017, Apple shares offered returns of 30%, which is double the rate of the S&P 500. Compensation for Apple executives is partly based on the performance of Apple’s shares in comparison to the S&P 500. 9 to 5 Mac reported that CFO Luca Maestri, retail VP Angela Ahrendts, hardware technologies VP Johny Srouji, hardware engineering VP Dan Riccio, and former general counsel Bruce Sewell each received bonuses of $3.11 million, for total compensation of $24.2 million each.

Apple’s board of directors deemed Cook too valuable to the company to jeopardize his well-being and declared that any flying the CEO does will have to be done on a private plane. The policy was made “in the interests of security and efficiency based on our global profile and the highly visible nature of Mr. Cook’s role as CEO.” In 2017, Cook had $93,109 worth of personal travel costs, which is considered extra compensation and taxable. Apple also paid $224,216 in “incremental” security costs for Cook. Apple’s board of directors made a similar move in 2000 when they gave a private jet to Steve Jobs.