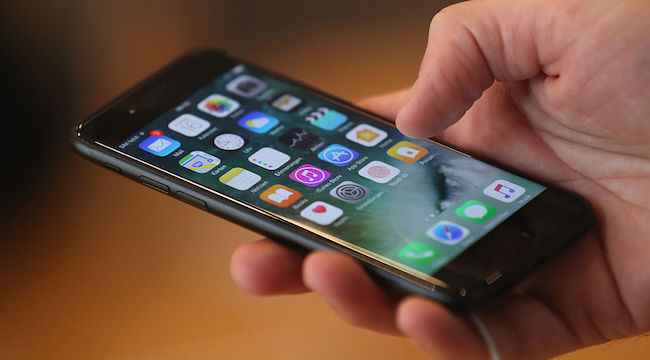 Apple issued a rare public apology on Thursday after it was revealed that the tech giant purposely slows down performance on older iPhones. “We know that some of you feel Apple has let you down, we apologize,” Apple said in a letter to their customers for the intentional slowdown of outdated iPhones. In an attempt to smooth things over with upset customers Apple slashed the price of battery replacements.

“We’ve been hearing feedback from our customers about the way we handle performance for iPhones with older batteries and how we have communicated that process. We know that some of you feel Apple has let you down. We apologize. There’s been a lot of misunderstanding about this issue, so we would like to clarify and let you know about some changes we’re making. First and foremost, we have never — and would never — do anything to intentionally shorten the life of any Apple product, or degrade the user experience to drive customer upgrades. Our goal has always been to create products that our customers love, and making iPhones last as long as possible is an important part of that.”

In the statement, Apple tried to explain what happens when lithium-ion batteries age. “All rechargeable batteries are consumable components that become less effective as they chemically age and their ability to hold a charge diminish. Time and the number of times a battery has been charged are not the only factors in this chemical aging process,” Apple said in their letter and added that hot environment can cause a battery to age faster. “A chemically aged battery also becomes less capable of delivering peak energy loads, especially in a low state of charge, which may result in a device unexpectedly shutting itself down in some situations.”

Apple said they purposely slowed down older iPhones to prevent the batteries from having an “unexpected shutdown” which could cause users to “lose a call, miss taking a picture.” Many iPhone users experienced diminished performance and suffered experience longer launch times for apps, dimmer screens, lower maximum speaker volumes, and had the camera’s flash disabled. “We’ve always wanted our customers to be able to use their iPhones as long as possible,” Apple said in the public apology.

Now Apple faces a number of class-action lawsuits in federal courts around the United States. The lawsuits by millions could cost Apple billions, which could hurt CEO Tim Cook’s wallet next year after he made $102 million in 2017. Early in 2018, Apple will issue an iOS software update that allows users to see the health of their iPhone’s battery. This way users can see for themselves if the battery is causing reduced performance.