High School Student Attempts RKO Outta Nowhere On Principal, Gets Put In A Headlock And Arrested 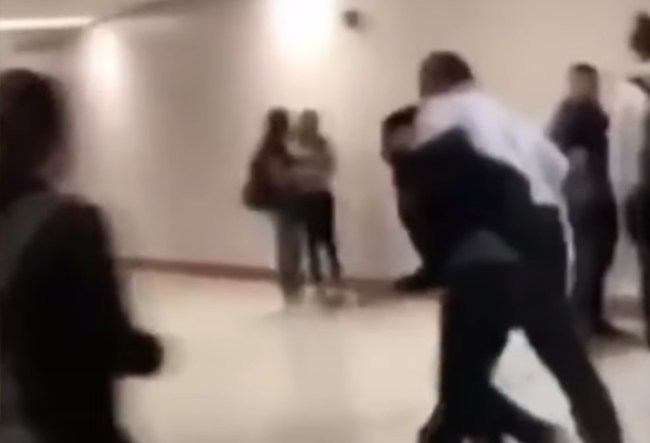 A Florida teen has been arrested for attempting to do an RKO outta nowhere wrestling move on his high school principal and has since been arrested. The popular wrestling move was made famous by WWE superstar Randy Orton and the “RKO” stands for “Randy Keith Orton.”

Orton’s wrestling move became a popular meme in 2014 after this remix of a Randy Orton RKO with midfielder Arturo Vidal of Italian soccer team Juventus when he played against Real Madrid. This started a flood of RKO Outta Nowhere memes on Vine (RIP) and YouTube.

Gianny Sosa, an 18-year-old at Southridge High School in Miami, Florida, attempted to do an RKO on his principal and now he has been arrested. Sosa approached his principal Humberto Miret, wrapped his arms around his neck, and yelled out “RKO!” Sosa attempted the RKO Outta Nowhere very slowly and extremely gingerly, appearing that he was not attempting to attack his principal. Instead, the principal countered the student’s RKO by putting him in a headlock. Gianny was ready to come with the RKO, but forgot the “outta nowhere” part.

Never-the-less, Sosa did put his hands on the principal and is now facing charges. The arrest report stated the school’s principal was adamant about pursuing charges against the student. Sosa was charged with battery on a school official and interference with an educational institution.

Sosa spent two nights in jail for his seemingly harmless wrestling move and was released on Friday without posting bail. “What I did, it wasn’t intentional. I wasn’t trying to hurt nobody,” Sosa said and added that he had joked around with the principal before. This principal is not this student’s pal.