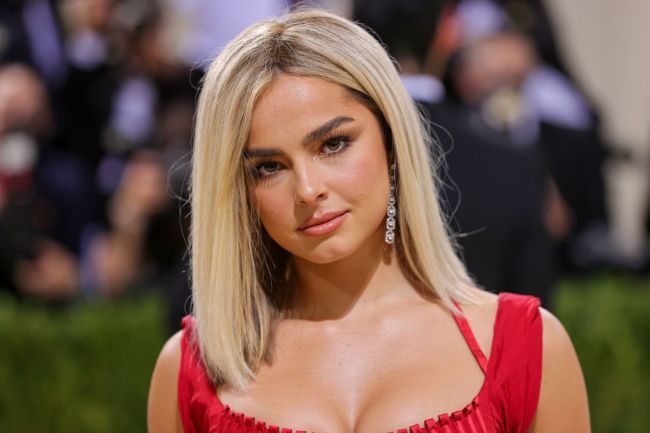 You mindlessly scrolling through quick videos on TikTok has helped influencers make millions of dollars on the popular social media platform.

While many people struggled in 2021, the top TikTokers definitely did not. Forbes reported, “Altogether, the highest-paid TikTok stars collectively earned $55.5 million in 2021, up 200%” from the previous year. The highest-earning TikTok personalities include Addison Rae and the D’Amelio sisters.

Charli D’Amelio has the largest following on TikTok with 133 million followers on the social media platform made $17.5 million off TikTok.

Charli’s sister Dixie D’Amelio made a whopping $10 million off her 57 million followers on TikTok.

Netflix He’s All That star Addison Rae reeled in $8.5 million on TikTok with 86 million followers. In 2020, Rae was TikTok’s top-earning entertainer by making $5 million.

Singer Bella Poarch has 87 million followers and was paid $5 million on TikTok in 2021.

The first male on the highest-paid TikTok stars list is Josh Richards – the Canadian social media influencer has 26 million followers and made $5 million.

Kris Collins was a hairdresser until she became a TikTok personality full-time in 2020 – which ended up being a great decision as she made $4.75 million in 2021 and accumulated 42 million followers.

Rounding out the top five is Avani Gregg – who garnered a huge following of nearly 40 million by doing makeup tutorials that paid her $4.75 million in 2021.

Forbes noted, “They still earn much of their money—typically 30% to 50%–from sponsored content, where a corporation pays for a post advertising their goods on a star’s social media account.” The publication added, “The TikTok stars can charge as much as a half million dollars for a single post, though most generally earn an average of between $100,000 to $250,00 per post, more than double the rates from that previous list in 2020.”

Business Reporter added, “And one of the most popular ways to earn money as a TikToker is by promoting songs in videos. Music marketers and record labels regularly pay TikTok users to post on the app in an attempt to make a new track go viral.”

However, not everyone is making seven figures off of the short-form video app owned by the Chinese.

TikTok claimed in Sept. 2021, that the social media platform claimed that TikTok has 1 billion active global users. TikTok users reportedly “get paid 2 to 4 cents for a thousand views on Tiktok.”

“TikTokers with large followings can make from $200 to $5,000 a month, depending on the size of their following,” according to Go Banking Rates. “Those who have do not have over 100,000 followers will not make any money, while those who are over 1 million will make the most. The range of how much TikTokers make will vary due to many factors, including localities and views.”