Have You Noticed That Two Major ‘House of the Dragon’ Characters Appear To Be In Love? 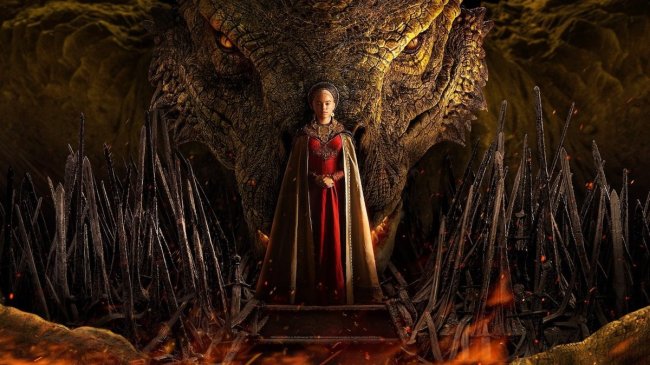 Just two episodes into what will surely be a multi-season series, House of the Dragon has already begun to lay the foundations of the friendships, alliances, rivalries, and relationships that will come to define the show for years to come.

WARNING: This article will contain spoilers for the first two episodes of HBO’s House of the Dragon

One of those relationships, in fact, appears to be brewing between the series’ two most powerful female characters: Rhaenyra Targaryen, the daughter of King Viserys and the Princess of Dragonstone, and Alicent Hightower, the daughter of Otto Hightower who serves as Hand of the King (and also masterminded the proposed marriage between Viserys and Alicent).

And that relationship appears to be one of more than just friends, at least according to the actresses that play the two characters.

During a recent interview, Milly Alcock and Emily Carey — the two actresses who play the teenage versions of Rhaenyra and Alicent — indicated that they read the script as the two characters being in love.

At times, their relationship resembles something closer to young girlfriends instead of simply “best friends,” a dynamic that Milly Alcock and Emily Carey — the two stars who play the younger versions of Rhaenyra and Alicent, respectively — say was intentionally there as subtext.

“I’m just actually in love with Emily and so I think that’s it,” Alcock joked during a recent roundtable interview.

“It’s something we brought up with Clare Kilner, one of the directors we also work with for the younger version of the characters,” Carey added. “It was something I was immediately conscious of when I read the script as a queer woman myself.” [via Insider]

It’ll certainly be interesting to see how that romance develops now that Alicent has been named as King Viserys’ new wife.

House of the Dragon features an ensemble cast that stars the likes of Matt Smith as Prince Daemon Targaryen, Emma D’Arcy as Princess Rhaenyra Targaryen (who will take over for Alcock when the timeline moves forward), Olivia Cooke as Alicent Hightower (taking over for Carey), Rhys Ifans as Otto Hightower, Steve Toussaint as Lord Corlys Velaryon, Paddy Considine as King Viserys Targaryen, and more.

The first two episodes of House of the Dragon are currently streaming on HBO Max and the next eight episodes in the first season will air on Sunday nights, concluding with the season finale on October 23. Unsurprisingly, HBO has already announced that the series has been renewed for a second season.

RELATED: ‘House of the Dragon’ Fans Lose It As The Series’ Intro Features The Original ‘Game of Thrones’ Song