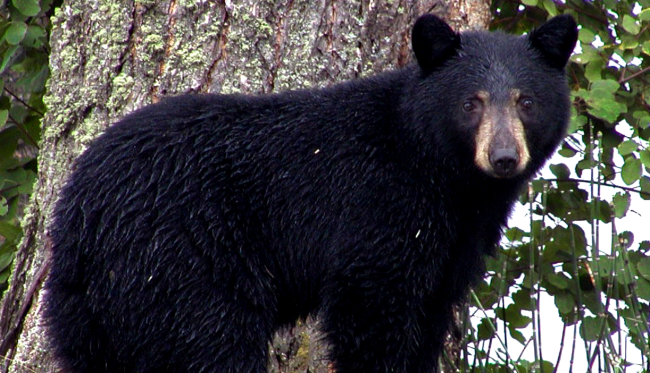 The average black bear can weigh anywhere from 90 to 660 pounds. The average housecat weighs between 8.8 and 11 pounds.

So it would really be no contest should the two animals ever decide to go at one another.

Not that a Bengal housecat named Tigger is bothered by such long odds.

You see, recently in North Vancouver, Tigger had a little encounter with a black bear that went viral on TikTok.

The two-year-old housecat, owned by Gavin and Cameron Sturrock, was caught on video walking down a black bear when it strayed on to the brothers’ property.

Gavin said he was carrying two boxes of Nerf guns out to his car for a camping trip when he noticed the black bear in the driveway.

Then he noticed Tigger.

“I didn’t notice right away, but my little cat was just like — he was right here,” added Gavin. “He was two feet away from this bear.”

When he called to Tigger, trying to get him away from the bear, the housecat (as they often do) just ignored him.

“I was freaked out, Oh my God, this bear is going to eat my cat right now,” he said.

Cameron said he couldn’t believe it when the cat arched its back and walked right up to the bear.

“I saw the cat just chase after the bear and I was like no way,” Cameron said.

Many viewers of Tigger’s TikTok video were equally as stunned.

“That cat has a lot of attitude!” one person commented.

“Tigger said hold my drink I got some bouncing to do!” another viewer wrote.

“That cat’s head is so swollen with swagger now,” someone else joked.