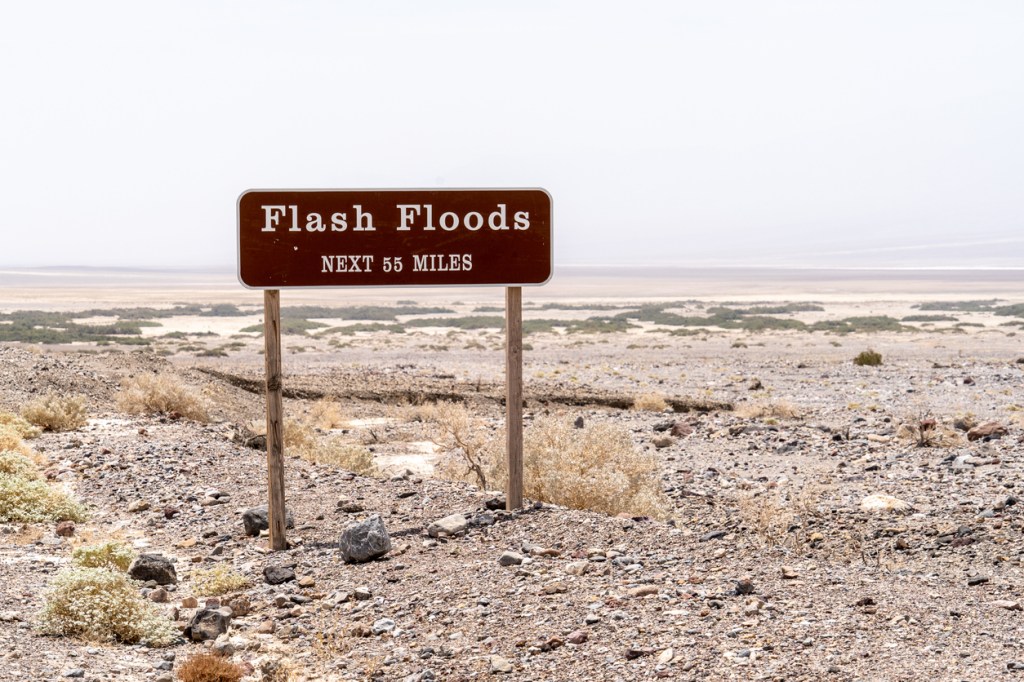 I’m a born and raised Floridian. When we hear ‘flash flood’ warnings where I live the concern is generally that so much rain will drop so fast the ditches and lakes will overflow. I’m sure there are countless instances of traditional flash flooding in Florida but it’s not something most Floridians will ever see because this state is insanely flat and there aren’t many steep inclines for floods to pick up devastating speed.

Without YouTube and Tiktok, I’m not sure I would ever see the start of a flash flood in person. When I first saw this video below I legitimately thought it was fake.

The video runs for what seems like a few seconds too long before we see the flash flood. I started to think I was getting punked here. And then once the flash flood shows up it looked kind of fake to me. The tangle of branches didn’t seem real. But this is what a flash flood in the desert looks like and something that everyone should see so they know what the potential dangers are out there.

I’ve also included a longer (and older) YouTube video below that was also filmed in Utah. But be sure to check out this TikTok clip first:

And here’s that longer YouTube video that has amassed several million views over the years. If you’re like me and skeptical because that Moab flash flood looked so strange, this is proof that flash flooding in the desert really is that devastating.

I don’t even know what to call my surprise here. It’s not Culture Shock, is it Weather Shock? I grew up in what’s virtually the exact opposite of the desert, ‘Subtropical’ Florida which oscillates to a full-blown Monsoon and Rainforest climate at various points throughout the year. And that’s not an exaggeration, those are the real terms for Florida’s climate zones.

I’m one of those people who was raised in the Boy Scouts and generally sticks to the ‘Always Be Prepared’ motto but I’m not sure I’d ever be ready for a flash flood like this. And the absolute last thing I’d ever think to do is flip open my iPhone and film the flash flooding as it ripped right past me.

Also, I’ve been on a huge Stuff You Should Know podcast kick lately. I’m running through 2 episodes a day. They have a ‘How Flooding Works‘ episode from years ago that we can all check out together and learn more about this wild phenomenon.